LGBTQI debate: Who should procreate for you to engage as your same sex partner? Titus-Glover question promoters 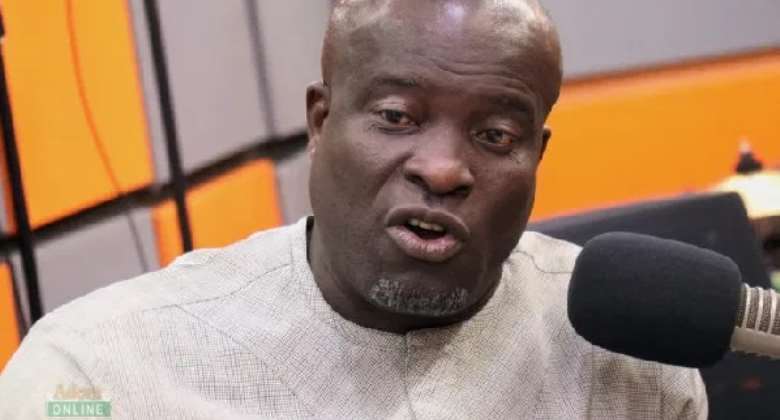 “Who should procreate for you to engage as your same sex partner? Mr Daniel Nii Kwartei Titus-Glover, former Member of Parliament for Tema East has asked promoters of Lesbian, Gay, Bisexual, Transgender, Queer and its related community (LGBTQI ).

Mr Titus-Glover quoting Chapter Five, of Article 26 (1&2) of the 1992 Constitution of Ghana, which covers cultural rights and practices, he emphasized that the LGBTQI practices were against the culture of Ghanaians and questioned “why are you trying to impose foreign culture on us.”

It states: “Every person is entitled to enjoy, practice, profess, maintain and promote any culture, language, tradition or religion subject to the provisions of this Constitutions. All customary practices which dehumanize or are injurious to the physical and mental well-being of a person are prohibited”, and described as a choice and not a human right to decide to.

Mr Titus-Glover who is also a former Deputy Minister of Transport was speaking on the Ghana News Agency–Tema Industrial Board Room Dialogue platform, which is aimed at creating the needed opportunity for state, non-state, industry players and other stakeholders to address topical national issues.

He stressed that; “LGBTQI is a choice not a right, if it is a right then armed robbery and galamsey is also a right”.

Mr Titus-Glover said, “if we keep saying it's a human right issue, then someone will say it's my right, so let me lie in the middle of the road, another person will also say let me keep myself naked, because it's my right”.

He said he was in full support of the work Mr Sam Nartey George, MP, for Ningo-Prampram, and his colleagues were doing to ensure that Parliament passed the Bill to criminalize LGBTQI activities saying, “if I were in the chamber, I will lead it, this nonsense must stop”.

He expressed his disappointment at the stand taken by the 18 personalities, made up of seasoned lawyers, professors among others and questioned why those advocates for the activities of LGBTQI were not taking their campaigns to the Arab countries and want to push it on Africans.

The Former Tema East MP called on journalists and other media practitioners to actively embark on advocacy on the Bill on the promotion of proper human sexual rights and Ghanaian family popularly known as anti-gay bill, which was currently before parliament.

He said such advocacy would provide the public with the needed information and education on the Bill and the activities of the sexual minorities, which was against the culture and values of the country.

Mr Titus-Glover however called on the public not to antagonize them, but rather show them love and help them to come out of that behaviour, saying that they must also serve the punishment of engaging in those acts.