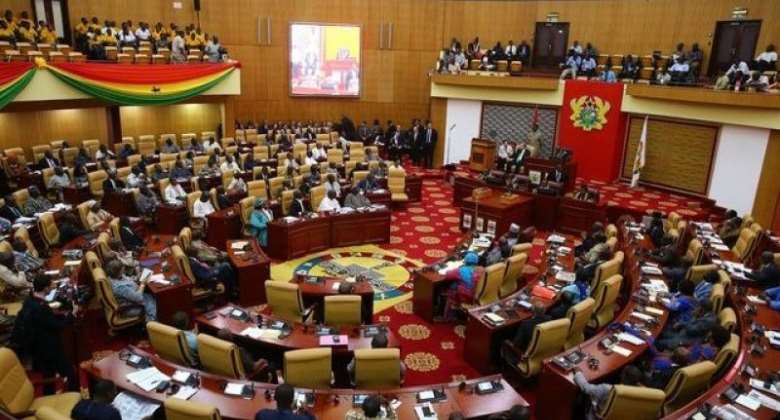 The Tijjaniya Muslim Movement of Ghana (TMMG) on Monday called on Parliament to expedite the process of the passage of the Anti- Lesbian, Gay, Bisexual, Transgender, Queer, and Intersex (LGBTQI ) as the practice is unacceptable in Ghana.

“In the name of Allah, the Most Compassionate, the Most Merciful. The leadership of the Tijjaniya wishes to call on the Speaker of Parliament, the Constitutional and Legal Affairs Committee, and all Members of Parliament to expedite the passage of the anti-LGBTQ bill”.

TMMG said in a statement copied to the Ghana News Agency in Tema signed by Alhaji Khuzaima Mohammed Osman, Executive Secretary, Tijjaniya Muslim Movement of Ghana, reminded the public, particularly the Muslim Community, that although Ghana was a secular state, it had its unique values and cultures dictated by religion and tradition as enshrined in the 1992 Constitution.

The Tijjaniya Muslims described as unfortunate the unwarranted attacks from people and groups who allegedly supported the anti-human sexual activities against proposers for decent sexuality life for human dignity.

The Movement said the attacks against the proponents of the bill, was an attack on the 1992 Constitution, the people, tradition and custom of Ghana, and therefore called on them to desist from such opposition, “the passage of the Anti-LGBTQ Bill is eminent and no one can stop it.

“We will like to use this opportunity to encourage and commend the Speaker of Parliament and the eight Members of Parliament who have raised the matter to this level,” it said, and stressed that “even though they are the frontline leaders for the passage of the Anti-LGBTQ bill, millions of Ghanaians support your gallant move”.

The movement therefore assured Parliament of its continuous support throughout the process for the passage of bill until it becomes a law, and called on “the President Nana Addo Dankwa Akufo-Addo to get his pen ready to append his 'Presidential Signature' immediately it gets to the Executive Desk”.

It expressed optimism that the passage of the Anti-LGBTQ Bill in Ghana's Parliament would be replicated in the Parliaments of other African Nations to preserve African values on sexual and matrimonial issues.