Organise referendum on LGBTQI+ for the people to decide, that way, no one will be singled out — JOY 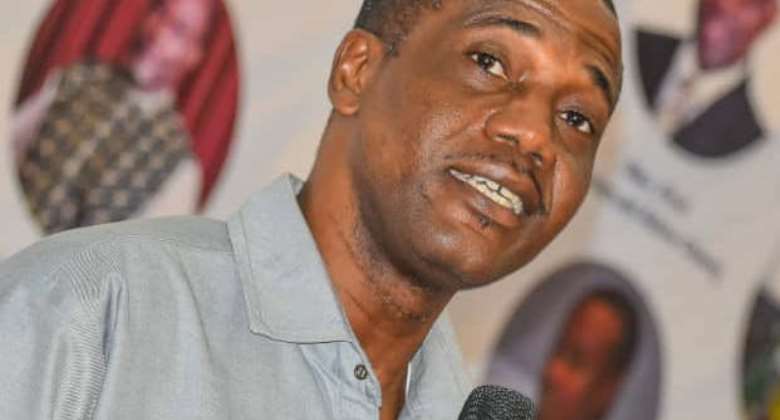 A former presidential candidate has called on government to organize a referendum on the LGBTQI+ if they feel too burdened to take a decision on it.

Mr. Jacob Osei Yeboah, Ghana’s Independent presidential candidate for the 2012 and 2016 General elections says the best approach to safeguard the presidency would be for a referendum to decide on the controversial LGBTQI debate.

This, he said will avoid the situation where persons who are pushing for the anti-gay bill to be passed into law are targeted by local and foreign figures.

According to Mr. Osei Yeboah who is affectionately called JOY, the cost implication of LGBTQI+ on the country far outweighs a referendum, urging them “not to waste any more time on this issue.”

JOY also noted that the most protective mechanism for the government from the LGBTQI+ lobbyists will be an entrenched constitutional provision which will make future amendment only possible by a referendum.

“The number of lives wasted as a result of ignorance and ambiguity around LGBTQ+ issues is higher than the expense of holding a referendum.

In a telephone conversation with ModernGhana News, the two time presidential candidate noted that worldwide data and studies show a high incidence of HIV/AIDS and adult men in pampers as a result of anus prolapse during intercourse.

The only purpose of human rights advocacy, he pointed, should be, preventing LGBTQ+ sexual acts from being committed by instituting a law that criminalises it.

“No society that upholds the law permits criminals to organize and establish organizations such as armed robbers association, murderers associations, and so on. No civilized country also permits sponsorship or promotion of illegal activities without making reference to aiding and abetting and allying, as the LGBTQ+ Bill 2021 prohibits,” he said.

Quoting Sections 20, 21 and 22, JOY said “the LGBTQ Bill is proactive of offenders’ human rights, just as it is of other criminals”, adding that it “details the extent to which criminals’ human rights are protected and how they may get medical care.”

Looking at the dire consequences and costs associated with the LGBTQI+ practice, JOY, hailing the unanimity of the nation’s stand against the practice said “we stand to benefit far more as a state when it is criminalized, than not."

He continued, “Ghana spends about GHc200M on anti-retro viral drugs on HIV AIDS where about 90% of patients are among the LGBTQI+ community. Apart from the drugs, doctors, nurses and other paramedics’ productivity could increase on other diseases rather than LGBTQI+ acquired Passion related diseases such as anus prolapse, anus cancer, throat cancer etc.

“The GHc200M can help develop village economies. Social capital losses and inconveniences to families of LGBTQI+ cannot be quantified. LGBTQI+ should never be entertained as it’s against human rights and its devastating end to life is hugely expensive to Ghana's national productivity.”

Record-breaking African teams bounce back from 2018 disappoi...
18 minutes ago