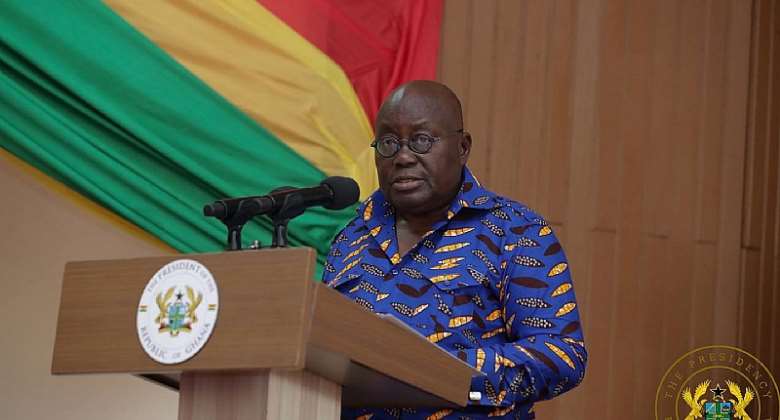 The Acting President of the Efutuakwa Traditional Area, Nana Afransie, has called on President Nana Akufo-Addo to ensure that the controversial anti-LGBTQI+ Bill is passed by Parliament.

She maintains that the culture and traditions of Ghanaians frown upon activities of LGBTQI.

Nana Afransie expressed the sentiment when President Akufo-Addo paid a courtesy call on her at Assin Fosu as part of his tour of the Central Region on Monday, October 18, 2021.

According to her, all the chiefs in the region are against LGBTQ+ activities.

“God created man and woman, but some people want to change this, which is not acceptable by our culture. We urge you to ensure the passage of the anti-LGBTQI+ Bill because all chiefs in this region are against it. So do well to ensure the bill is passed.”

Parliament is currently receiving memoranda on the Promotion of Proper Human Sexual Rights and Ghanaian Family Values Bill 2021 ahead of the house's resumption later in October.

While data indicates that most Ghanaians are in favour of the Bill, it has faced criticism from renowned activists and academics.

Varying forms of support for the LGBTQ+ community will also be criminalized if the bill is passed into law.