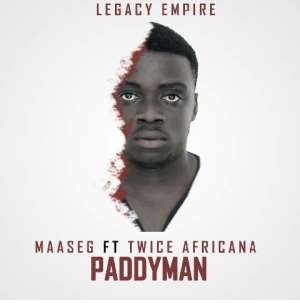 From the camp of Legacy Empire, Maaseg Dagaati brings us a new song titled "PaddyMan". Maaseg got featured on his label mate Kwame Baah's "House Of Gold" tape and he is making a follow up with this song.

The young rapper describes "PaddyMan" as a term used for friends and relatives. In this song, he talks about how deceiving man can be and how he is focused in achieving.

Twice Africana was featured on this afro tune and he brought his dancehall flavor in the hook. Song produced by Problem Beatz. Listen to this and don't forget to share

What's So Special About NAM1 That Akufo-Addo Is Shielding Hi...
18 minutes ago