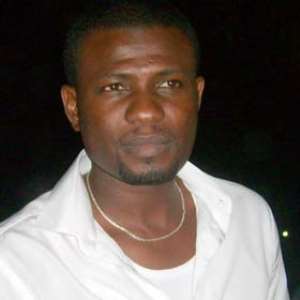 THE NATIONAL Society of Ghana Music Producers (NASGAMP) has raised eyebrows over the whereabouts of GH¢24,800 owed to music video producers by the Copyright Office of Ghana.

In a statement to the Ghana News Agency (GNA) on Tuesday, the Society said the Interim Copyright Management Team (ICMT) of the Copyright Office of Ghana, which was supposed to disburse the amount, said it had already given it out.

In the statement, signed by Samuel Kephas Adu Jr. and Kingsley Sarpong, special assistant to the president of NASGAMP and deputy general secretary of the society respectively, members of NASGAMP however said they had not received the said amount from the ICMT.

Meanwhile, in a letter addressed to the Chairman of the ICMT and copied to the GNA, calling for clarity on the matter, NASGAMP indicated that a member of the team, Mr. Okraku Mantey, gave a contrary view to the public on television on July 30th that the audio visual money had not been disbursed and that it was intact.

The letter therefore demanded an explanation on the matter from the Chairman of the ICMT, Miss Yaa Attafua, in order to trace the whereabouts of the audio visual money which was creating a lot of agitations among the generality of music video producers and NASGAMP as a whole.

The amount is a 20 percent royalty deducted out of the Audio Visual share and set aside for distribution to music video producers in March 2010.

The Internal Revenue Service collects the royalties on behalf of the Copyright Office for onward disbursement to the music video producers.

The letter said when NASGAMP and some members of RepaGh first contacted the ICMT at a meeting chaired by Miss Yaa Attafuah, she denied knowing about the audio visual money and promised to see Mr. Mantey for clarification.

NASGAMP is an association of renowned and active Ghanaian music producers. Source: GNA