11 Things that Destroy Your Immune System 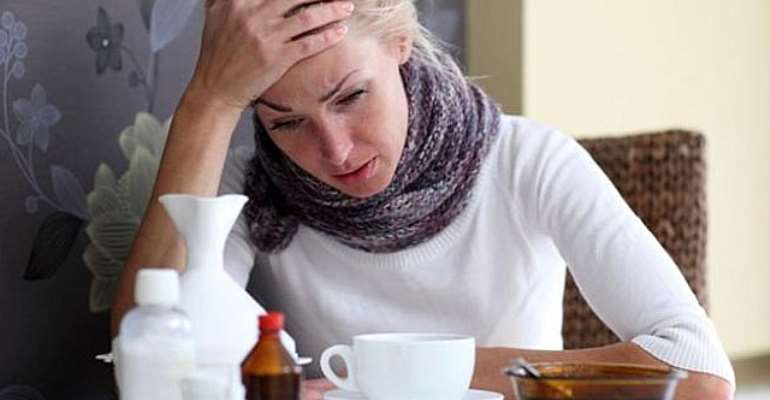 Attack on Your Immunity   Viruses and bacteria aren't the only bad actors that test your immune system. Your T cells are being tested 24/7, and by some surprising culprits, ranging from modern-day convenience items in your home to deep-rooted emotions. We scoured the data to bring you common immune-system wreckers so you can eliminate them from your life.

Microwavable Popcorn
Immune System Assassin:   Microwavable popcorn bags are commonly coated in nonstick chemicals called perflurorinated compounds (PFCs) so grease doesn't penetrate the bag. A recent study in Environmental Health found levels the government considers 'safe' are 100 to 1,000 times too high for children. These chemicals have been shown to mess up your immune system; vaccines given to people with higher levels of PFCs in their bodies were much less effective.

Immunity Boost:   Make popcorn on the stovetop or use this   DIY microwave popcorn trick . These same chemicals hide out in many stain-repellent carpets and furniture treatments and greaseproof fast-food containers and wraps, so be sure to cut down on these exposures, too.

Pots and Pans
Immune System Assassin:   Some of the same nonstick chemicals added to popcorn bags also hide out in many nonstick pots and pans. A recent study published in Environmental Health Perspectives found women with higher levels of hormone-disrupting perfluorinated compounds like perfluorooctanoic acid (PFOA) and perfluorooctane sulfonate (PFOS) in their blood were more likely to have the autoimmune disease osteoarthritis.

Immunity Boost:   Don't panic if you have nonstick pans, but when you start noticing scratches and chips, replace them with glass, made-in-the-USA cast iron, or stainless steel to avoid nonstick chemicals.

Loneliness
Immune System Assassin:   Your immune cells are social, and they want you to be, too. T cells scan your body for disease and then share information like honeybees, according to a recent scientific breakthrough. But if you're not so social, it could impact your ability to fight disease. Ohio State researchers recently found worrying about close relationships acts like a chronic stressor that suppresses your immunity. Previous research found we're more likely to get sick-and die earlier-when we have fewer social connections.

Immunity Boost:   If you just can't seem to click with new people, try volunteering where you'll find generous and grateful folk, such as at a soup kitchen. You're not necessarily looking to make new friends there-though it's great if you do. But you may find it easier to lower your guard in an atmosphere of altruism and gratitude.

Lack of Sleep
Immune System Assassin:   Slacking in the sleep department can lower the number of killer cells your body needs to wipe out infections. A University of Chicago study found that sleeping just four hours a night for a week cut the number of flu-fighting antibodies in study participants' systems in half.

Immunity Boost:   Stay away from looking at screens for at least two hours before going to bed. The light from electronics' screens can trick your brain from easing into sleep mode. Aim for seven to nine hours of uninterrupted sleep.

Antibiotics
Immune System Assassin:   Taking antibiotics can slash your levels of cytokines, the hormonal messengers your immune system relies on during sickness.

Immunity Boost:[   Cold and flu and most middle ear and sinus infections are caused by viruses, so taking antibiotics will do nothing for your ailment and will wipe out immune-supporting bacteria in your gut. Find out when you actually need antibiotics,   here.   When you   are   on antibiotics, be sure to take doses on time and finish the entire course. Eat low-sugar yogurt and fermented foods to repopulate your gut flora.

Canned Food
Immune System Assassin:   Bisphenol A, or BPA, coats the inside lining of most canned foods. In 2010, University of Michigan School of Public Health researchers found that adults with higher levels of BPA also had higher cytomegalovirus antibody levels, suggesting that their cell-mediated immune system is malfunctioning.

Immunity Boost:   To avoid BPA, opt for fresh or frozen foods, versus canned, or reach for soups and broths in Tetra Pak boxes.

Sugar
Immune System Assassin:   Eating 100 grams of sugar (think a bottle of soda, fruit yogurt, and a candy bar) significantly lowered the ability of white blood cells to kill bacteria for up to five hours, according to a study published in the   American Journal of Clinical Nutrition.

Immunity Boost:   Avoid foods with added sugar as much as possible, especially during cold and flu season. It's in obvious places, such as juices, sodas, and desserts, but significant amounts also hide out in many low-fat yogurts, bread, condiments, and salad dressings.

Dehydration
Immune System Assassin:   Fluids help flush your body of immune-damaging toxins and carry nutrients to any infection sites. Little-known fact? Many of us walk around mildly dehydrated most of the time without even knowing it.

Immunity Boost:   If your pee is dark yellow in the morning, drink more water before bed-you're aiming for pale yellow for a visible sign of proper hydration.

Immunity Boost:   Children with more triclosan, a popular antibacterial soap chemical, in their blood high the highest allergy risk. Washing with regular soap and water works just as well, without the added risks.

Insecticides
Immune System Assassin:   Using toxic insecticides to kill household and lawn pests could increase your risk of developing an autoimmune disease, according to data recently presented at an American College of Rheumatology meeting. Women who sprayed insecticides at least six times a year were about 2½ times more likely to develop lupus or rheumatoid arthritis. Those who hired a professional lawn service to apply insecticides to their yard had a two times greater risk.

Immunity Boost:   Use nontoxic pest control measures and use these organic lawn-care tips to keep your house pest free without chemicals. Plant native plants in your garden to attract beneficial insects that prey on pests, too.