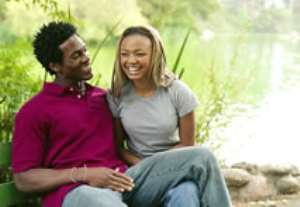 Studies have confirmed that the more sexual partners women have, especially from the early stages at 17 years increase their risk of developing cervical cancer. Engaging with many sexual partners creates a sharp risk factor for the development of this cancer because a higher number of partners increases a person’s exposure to HPV. The virus is spread through skin-to-skin contact, and condoms cannot completely prevent HPV, so women should beware of their choices(Prof. Nyarkotey)

Studies have affirmed that women with a history of 10 or more lifetime sexual partners are linked to a sharp risk of being diagnosed with cancer. And among women, a higher number of sexual partners is also linked to sharp odds of reporting a limiting long-term condition, the findings indicate.

The study (Grabovac et al. 2020) investigated this possibility and enrolled about 2,500 men and 3,200 women who were 50 or older (average age 64). Each person was surveyed about the total number of sexual partners they’d had throughout their lives. This information was compared with several medical conditions they’d developed, including cancer, heart disease, and stroke.

The study demonstrated that:

It’s worth noting this study was performed in England with health information initially collected in the late 1990s. The results could have been different if researchers had assessed the risk of a different population or at a different point in time. In addition, self-reporting was relied upon to assess sexual behavior, and no association was found.

Does this mean having sex leads to cancer?

The answer is almost surely no.

That’s because this type of study cannot assess whether sex causes cancer. It can only determine whether there is a correlation between the two. Also, we already know of ways that sexual behavior can indirectly affect cancer risk without actually causing cancer, especially through sexually transmitted infections( Dafina and Rocio, 2015). The American Sexual Health Association also confirmed this assertion on STDs and cancer risk.

Some of the strongest connections are for:

Few studies have looked at the potential impact of the number of sexual partners on wider health outcomes.

One study from Denmark(Campi et al. 2004) used 64 704 women who had children with at least two different partners from 1973 to 1996 and found overall cancer incidence was more than 50% higher in women with two or more partners. Women having children with multiple partners had a higher incidence of cancer of the cervix and corpus uteri, a lower incidence of melanoma but a similar incidence of breast and ovarian cancer. Uncontrolled differences in lifestyle factors may explain the higher cancer risk associated with having multiple partners. The strong protective effect of melanoma was unexpected and deserves further study.

Participants were also asked to rate their health and report any long-standing condition or infirmity which impinged on routine activity in any way.

In both sexes, a higher number of sexual partners was associated with younger age, single status, and being in the highest or lowest brackets of household wealth.

Those who reported a higher tally of sexual partners were also more likely to smoke, drink frequently, and do more vigorous physical activity every week.

When all the data were analyzed, a statistically significant association emerged between the number of lifetime sexual partners and the risk of a cancer diagnosis among both sexes.

Compared with women who reported 0-1 sexual partners, those who said they had had 10 or more, were 91% more likely to have been diagnosed with cancer.

While the number of sexual partners was not associated with reported long-standing conditions among the men, it was among the women.

Women who reported 5-9 or 10+ lifetime sexual partners were 64% more likely to have a limiting chronic condition than those who said they had had 0-1.

This is an observational study, and as such, can’t establish cause. Nevertheless, the findings ring with those of previous studies, implicating sexually transmitted infections in the development of several types of cancer and hepatitis, suggest the researchers.

They didn’t obtain information on the specific types of cancer participants reported, but speculate: “...the heightened risk of cancer might be driven by those types known to be associated with [sexually transmitted infections].”

But an explanation for the gender difference in long-term condition risk remains “elusive,” they write, especially given that men tend to have more lifetime sexual partners than women, while women are more likely than men to see a doctor when they feel ill, so potentially limiting the associated consequences for their long term health.

In Ghana, for instance, Opoku et al.(2016) found that 27% of cervical cancer patients were in polygamous relationships. A subsequent study from South Africa( Cooper et al. 2017) also established that cervical cancer risk is associated with increased sexual activity in young girls from 17 years. Hence, initiatives to encourage later commencement of sex, and limit the number of sexual partners would have a favorable impact on the risk of cancer of the cervix and other sexually transmitted infections.

Studies have confirmed that the more sexual partners women have, especially from the early stages at 17 years increase their risk of developing cervical cancer. Engaging with many sexual partners creates a sharp risk factor for the development of this cancer because a higher number of partners increases a person’s exposure to HPV. The virus is spread through skin-to-skin contact, and condoms cannot completely prevent HPV, so women should beware of their choices.

Kudus becomes first Ghanaian player to score twice in a sing...
58 minutes ago