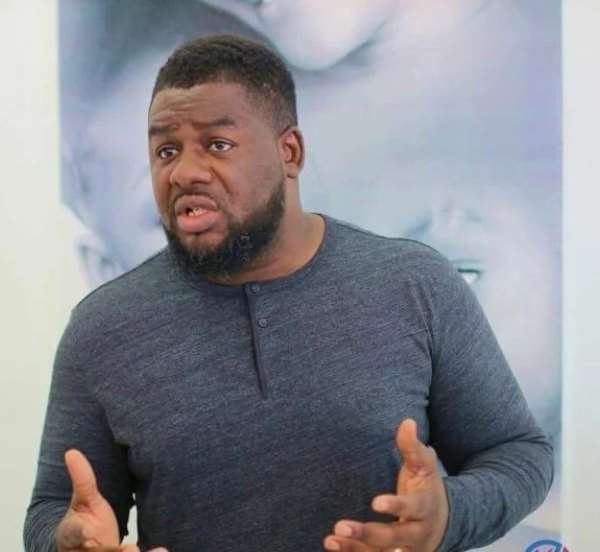 Entertainment pundit Arnold Asamoah-Baidoo has descended heavily on content creator and YouTuber Kwadwo Sheldon for saying Bulldog should serve in prison for six years following his arrest by the National Intelligence Bureau (NIB).

The artiste manager is said to have been picked up by National Security operatives on Monday following his comment about President Nana Akufo-Addo on United Showbiz on UTV with regards to the aggrieved customers of gold dealership firm, Menzgold.

Reacting to the arrest in a tweet, Sheldon suggested that 6 years should be enough for Bulldog.

He tweeted; "6 years in jail should be enough for Bulldog."

However Arnold on a panel discussion on the 'Best Entertainment Show' Wednesday morning hosted by Halifax Ansah-Addo on Okay FM described Kwadwo Sheldon's advocacy as senseless and needless.

According to him, the judgement run by Sheldon is similar to words uttered by Bulldog which has been condemned by the general public.

"I saw one gentleman, Kwadwo Sheldon or so advocating Bulldog should be jailed for six years and I was laughing because what Bulldog was doing is similar to what he was also doing. Let's assume without admitting that he has done wrong which punishment needs to go for him, you doing the similar thing and you are advocating for a six years jail for someone, then when you find yourself one day in similar equation, what will you say?

"So I believe those of us running commentary on the matter should learn a bit of sense. If you have nothing to say, just shut up. Don't go and be proclaiming judgement. So the Kwadwo Sheldon guy should learn sense because he is in the same trade" he indicated.