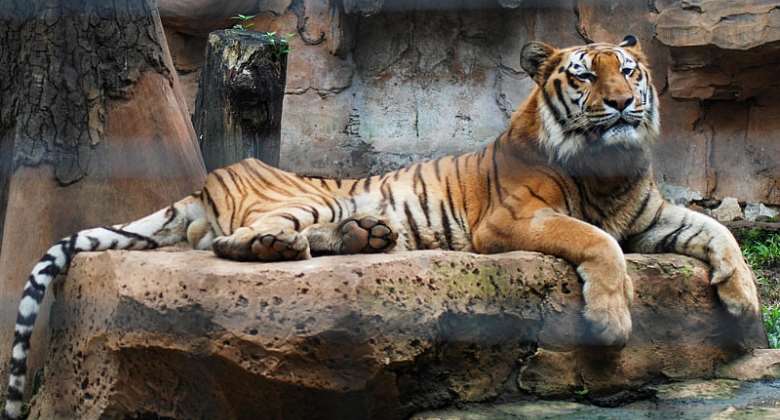 Thousands of animals are facing starvation at Indonesia's zoos as the global pandemic pushes shuttered facilities toward collapse. Sixty cash-strapped parks, housing 70,000 animals, across Indonesia have been closed since mid-March. Most say they will be out of food by the middle of May.

"Most zoos relied on ticket sales so when they closed everything collapsed," said Indonesian Zoo Association spokesman Sulhan Syafi'i.

"We've had to rely on creativity to survive," he added.

This month, a German zoo director warned some animals might have to be sacrificed to feed others, and Indonesia's zoo association acknowledged a similar "worst-case scenario".

"If a few more months pass and we don't get any aid from the government or other international organisations, then with a heavy heart we'll have to feed herbivores...to the carnivores," Syafi'i said.

But the coronacrisis only adds to the woes of Indonesia's zoos.

In 2016, the Smithsonian Institution published a shocking account detailing the “grisly reputation” of Indonesia's “death zoo's” where animals are routinely malnourished.

An online petition called the government to “shut down the Indonesian Zoo Association,” claiming that “over 90 percent of zoos are in deplorable conditions where owners fail to provide even the very basic needs for food and shelter for the animals.”

In 2019, Indonesia had 84 registered zoos and many more unregistered facilities operating illegally. A survey conducted by Indonesian wildlife monitoring group the Scorpion Foundation concluded that 90 percent of the zoos in Indonesia do not abide by the five animal rights principles, freedom from hunger and thirst; freedom from discomfort; freedom from pain, injury, and disease; freedom to express normal and natural behavior; and freedom from fear and distress.

The Covid-19 crisis has made the situation even worse. Zookeepers have taken up the task of collecting grass and plants to boost food stocks for giraffes and other herbivores.

Red-meat portions for tigers and other carnivores have been cut by supplementing their feed with poultry, he said.

Staff, already hit by slashed wages and longer working hours, have even taken their own chicken to feed the predators.

A regional problem
In Thailand, some animal parks are relying on private donations to keep the creatures fed.

In neighbouring Malaysia, the zoo association has appealed for funds to avoid drastic choices about which animals live or die.

"If the shutdown continues to June or July, there will be some problems," said Kevin Lazarus, chairman of the Malaysian Association of Zoological parks and Aquaria.

“But we're not at that point yet. We're trying to mitigate...so we don't come to that kind of scenario."

'I will come to Accra report you to Akufo-Addo' — Otumfuo an...
16 minutes ago