Covid-19: France to move out of lockdown in three stages 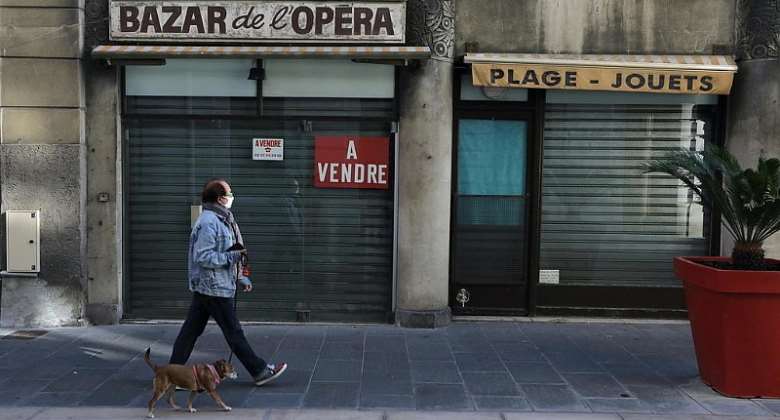 Aware that the French are becoming weary of lockdown and need to have a better sense of what the lead-up to Christmas will look like, the government has drawn the shape of things to come, ahead of President Emmanuel Macron's address next Tuesday.

“Nothing is worse than incertitude and the impression of endless morosity,” French President Emmanuel Macron said in an interview with the Journal du Dimanche (JDD) published Sunday.

“We have to be coherent, clear and give a sense of direction. It's difficult because the pandemic is unpredictable and worldwide. But it's the key to trust, which itself is the key to success."

He left it to his spokesperson, Gabriel Attal, to outline that direction.

Lockdown will be "eased" in three stages Attal told the JDD.

"The first step will be on 1 December, then before the Christmas and New Year holiday period, and then from January 2021", he said.

The slow but steady improvement in the health crisis is continuing. According to official figures, the number of new infections on Saturday was 17,881, down 5,000 on the previous day. There was also a slight drop both in the number of intensive care admissions and covid-related deaths.

As a result, Attal said some shops would be allowed to reopen in the lead-up to Christmas.

“We made the undertaking to allow them to open around 1 December providing the health situation allowed, and that seems to be the case”, he said.

French PM says lockdown to be eased gradually, after 'mistakes' of first wave

He warned however that bars and restaurants which currently can only serve takeaway food and make deliveries until 9 pm - would continue to face restrictions. People's freedom of movement would also continued being curtailed the time being.

A boost for Macron?

Despite the health crisis, Emmanuel Macron's popularity has increased.

According to an Ifop poll for the JDD, 41 percent of the French expressed satisfaction with the president, up 3 points. This is his best score over the last 6 months, and better than his two predecessors at the same period into his term of of office. Socialist François Hollande had 27 percent and Nicolas Sarkozy 32 percent.

However an Ipsos poll published on Friday in Le Point showed Macron on 37 percent, down three points. Macron is being pulled down, claims the magazine, by his Prime Minister Jean Castex whose approval rating has slipped down to just 31 percent.

With close to 12 million Covid-19 contaminations and 253,000 deaths, the United States remains the country in the world worst hit by the virus.

With the upcoming Thanksgiving celebrations on Thursday, there are concerns these figures could rise significantly.

On Saturday, the US Food and Drug Administration granted emergency authorisation for Regeneron, the experimental antibody treatment given to President Donald Trump shortly after he was diagnosed with Covid-19 earlier this year.

He told the Solothurner Zeitung in Switzerland that Europe was likely to see a third wave of the deadly Covid-19 pandemic in early 2021 before a vaccine can be introduced.

"They missed building up the necessary infrastructure during the summer months after they brought the first wave under the control," Nabarro said.

"Now we have the second wave. If they don't build the necessary infrastructure, we'll have a third wave early next year."