France culls 1,000 minks after first case of Covid breaks out on farm 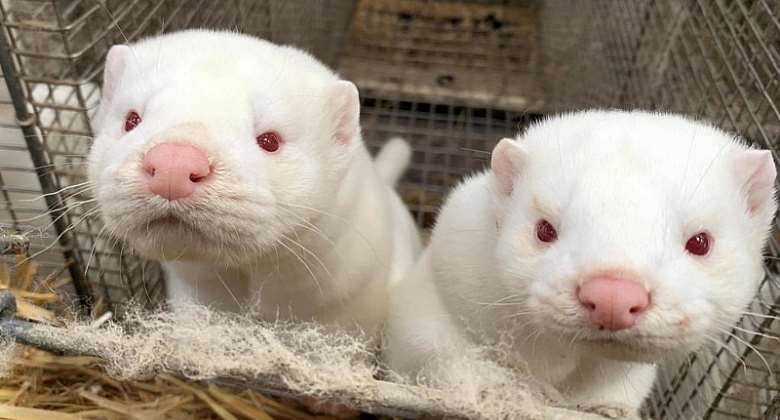 France has culled 1,000 minks after the Covid-19 virus was detected on a farm in the Eure-et-Loir region in the northwest part of the country. It follows similar cases in the Netherlands and Denmark.

France's four mink farms had been "under surveillance” for possible Covid-19 contamination since early November after cases were identified in other EU countries.

On Sunday the ministry of agriculture announced one of those farms was contaminated and it had ordered “the slaughter of all 1,000 animals on the farm and the elimination of products coming from those animals”.

One of the four mink farms was found to be unaffected while PCR and blood tests were being carried out on the other two, the ministry said in a statement.

Mink farms have been strongly criticised by animal activists and France's ecology minister has promised to close them “within five years”.

In early November, the World Health Organization said that six countries had reported the presence of coronavirus on mink farms: the Netherlands, Greece, Sweden, Italy, Spain and the US.

Denmark hard hit
Denmark has been the worst affected. In early November, Danish authorities set about culling all 15 to 17 million minks in the country after the outbreak of a mutated version of SARS-Cov-2 which was then spread to 12 people.

The Danish government said the virus could threaten the effectiveness of a future Covid-19 vaccination for humans.

The Danish authorities also said they believed the corona mink mutation had most likely been eradicated.

On Saturday, hundreds of desperate mink farmers demonstrated in Copenhagen against the government's decision to carry out the mass culling.