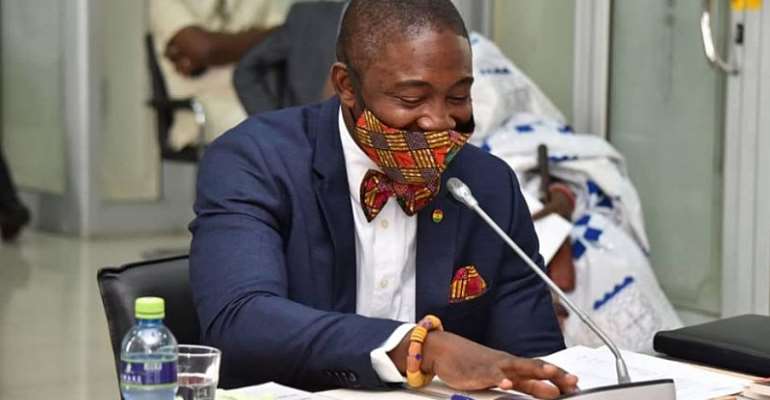 The Deputy Minister of Health designate, Dr Bernard Okoe Boye, has lauded the government’s decision to opt for a partial lockdown of some cities as against a total lockdown of the entire country to contain the spread of the coronavirus disease (COVID-19).

He said the outcome of contact tracing and other safety measures would determine whether there should be a total lockdown.

Dr Okoe Boye, who is the Board Chairman of the Korle Bu Teaching Hospital and Member of Parliament (MP) for Ledzokuku, was answering questions when he appeared before Parliament’s Appointments Committee yesterday to be vetted for the deputy ministerial position.

He said so far, it had been the practice for countries to observe their COVID-19 case curves to inform decisions on their actions.

Measures put in place
The obstetrician gynaecologist said when the country instituted measures against the disease in January this year, it was with the aim of preventing it from reaching the country and then in March when the first case was recorded, the interventions introduced were in response to the rise in the case count.

The MP for Ledzokuku said he was optimistic about the country triumphing over the disease, gauging from the work of the numerous committees set up by the government, coupled with the stringent measures put in place to manage the spread of the disease.

Dr Okoe Boye explained that the growing number of people testing positive since the first case was recorded on March 11 was due largely to the efficient surveillance system and testing.

Samples
“They are not necessarily cases of yesterday. We have a lot of samples in the queue for us to test but we are limited in terms of testing capacity even though Ghana is one of the highest testing regions on the continent after South Africa,” he stated.

Dr Okoe Boye said the number of deaths, 17 recoveries and some 66 others who were awaiting a second test result to affirm their negative status would be subtracted from the current number of confirmed cases, adding that: “If you have cases that are going up, then you want to maintain measures you are taking or escalate them.”

He said all the 16 regions in the country had been provided with treatment centres, complete with equipment and logistics to assist with work.

He said a number of herbalists were claiming they had developed drugs that could boost the immune system and control infection but not a cure, saying such assertions would also have to be verified.

The Ledzokuku MP called for more education on the virus in the media, especially on radio and television, using chiefs, opinion leaders and all stakeholders in the local communities to drum home the message of abiding by the hygiene protocols on COVID-19.

Outpatients
Dr Okoe Boye explained that in order to control the large crowds of patients at hospitals in the country, all outpatient departments (OPDs) had been partially shut.

Hospitals, he said, were also admitting only serious emergency cases while the less critical ones were being dealt with outside the OPDs.

Tell your family and friends choking the payroll to forfeit ...
47 minutes ago