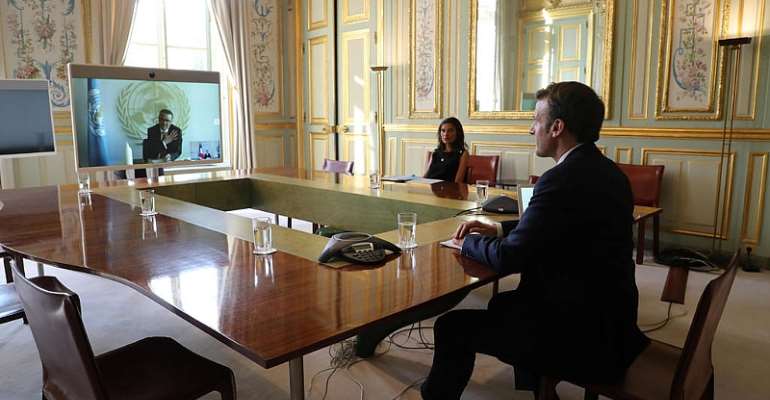 France on Wednesday extended a nationwide lockdown to contain the coronavirus to beyond 15 April, with stringent measures unlikely to end anytime soon.

This is the second time that the lockdown, which took effect on 17 March, is being extended, in a move highly expected.

The announcement came as France's coronavirus death toll climbed to 10,869 on Wednesday after hospitals recorded 541 new fatalities over the most recent 24-hour period.

The Élysée Palace said French President Emmanuel Macron would address the nation next Monday evening regarding the epidemic.

To prepare for his televised address--the third since the crisis began-Macron held talks with the World Health Organization (WHO) general director Tedros Adhanom Ghebreyesus.

Over the next few days, he will "speak to a large number of public and private actors – French, European and international – on what is at stake concerning Covid-19 and prepare the decisions that will be announced on Monday to the French," the presidency said.

Lifting lockdown
Earlier in the day, Prime Minister Edouard Philippe said the lockdown had helped contain the spread of the coronavirus but stressed it was too soon to lift the restrictions.

Nationwide confinement rules were tightened on Wednesday with a ban on daytime jogging.

Current restrictions oblige the public to remain at home unless they are shopping for essentials, going for medical visits, helping the needy or going to a job that cannot be carried out at home.

Jérôme Salomon, head of the public health authority, told reporters that the public's "good respect of the confinement rules" had helped slow the spread of the coronavirus.

Challenges remain
Some 7,148 people were in intensive care at hospitals across France on Wednesday, an increase of 17 percent from the day earlier, but the lowest increase recorded in recent weeks.

Salomon said he was unable to give a tally for the country's nursing homes, which account for more than 30 percent of total fatalities, due to "technical problems".

The health official expressed hope that France would see a flattening in its curve of cases in coming days but emphasized that Covid-19 was still very active in the country and that doctors were facing an "unprecedented challenge."