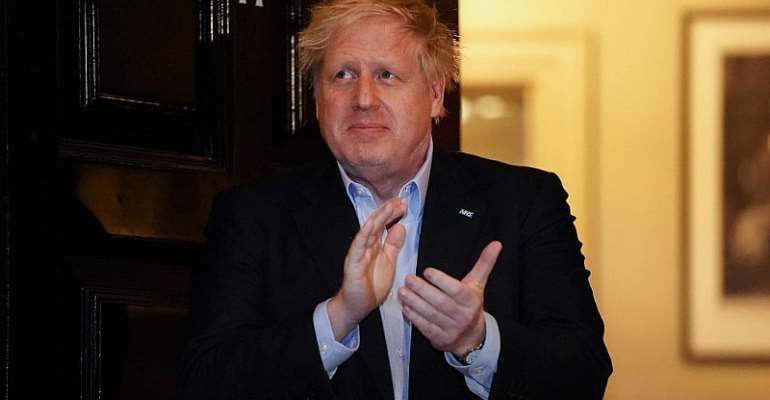 British Prime Minister Johnson was moved to intensive care unit on Monday after his coronavirus symptoms worsened and he has asked Foreign Secretary Dominic Raab to deputise as head of government.

The British PM has been in intensive care since Monday after coronavirus symptoms worsened, prompting concern for his health and well-wishes from political friends and foes in Britain and abroad, as the country battles to control the outbreak.

Foreign Secretary Dominic Raab -- Johnson's de facto deputy -- was immediately appointed to take over his duties "where necessary", according to Downing Street.

"The government's business will continue," Raab pledged, adding that Johnson was "in safe hands" at St Thomas' Hospital in central London.

Johnson, who confirmed that he had tested positive for Covid-19 on 27 March, was last seen in a Twitter video on Friday, saying he still had a temperature and was staying in self-isolation.

He also tweeted from hospital at lunchtime on Monday that he was "in good spirits" and thanked the medical staff looking after him.

He and his office have repeatedly maintained that he only had mild symptoms and had been in constant contact with his senior ministers and advisers, chairing meetings by videolink.

But his admission to hospital on Sunday, less than an hour after Queen Elizabeth II called for a united front to defeat the virus, prompted concern his condition was more serious.

That was confirmed 24 hours later when Downing Street said his condition had "worsened and, on the advice of his medical team, he has been moved to the Intensive Care Unit at the hospital".

The government said he was moved as a precaution, in case he needed to use a ventilator.

Without precedent
Johnson is the most high-profile world leader with the disease that has spread rapidly across the globe, and his transfer to intensive care is unprecedented during a national emergency.

Earlier on Monday, questions were raised about whether the Conservative leader could still run the country, and Raab said he had not spoken to Johnson in person since Saturday.

The British government was criticised for initially refusing to follow other European countries in requiring people to stay home as the virus spread.

Health Secretary Matt Hancock and the heir to the throne, Prince Charles, have both been infected with coronavirus, although they have since recovered.

The 93 year old Queen Elisabeth II made a rare public address on Sunday night, evoking the spirit of World War II and urging Britons to stay united, just before Johnson went into hospital.

Buckingham Palace has said the monarch was being kept informed of developments.

Shatta Wale to spend another night in police cell; to face c...
34 minutes ago