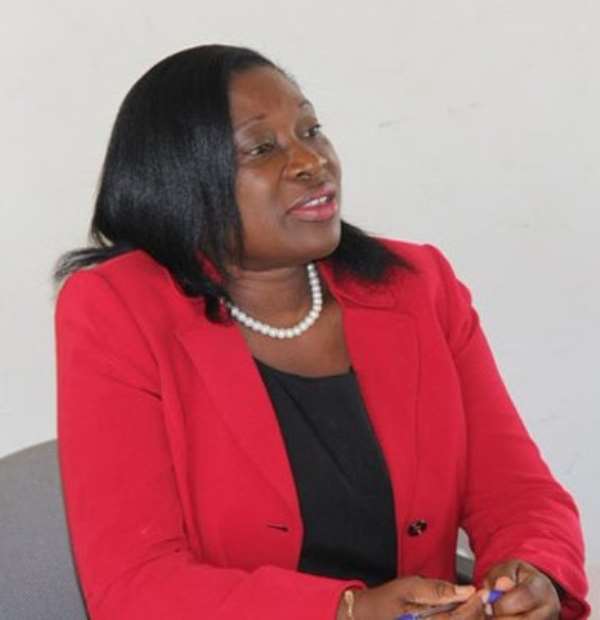 Dr Charity Sarpong, the Greater Accra Regional Director of Health, said the misuse of gloves is a means through which the coronavirus can spread.

She said the use of gloves by healthy people who are not performing specific tasks such as caring for the sick should be discouraged, especially if the same pair of gloves is used throughout the day for multiple purposes, as the users could put those around them at risk.

Dr Sarpong said this at a sensitisation session on COVID-19 for members of the Grace Baptist Church at Sakumono in Accra.

“Gloves are worn to perform specific tasks after which they are removed immediately and discarded appropriately once the task is completed, then wash the hands with soap under running water after removing the gloves,” she said.

Dr Sarpong explained that those who wore gloves without performing specific functions gave false security because it made people think they were protected from the disease when, in fact, it exposed them more to it.

Such people, she said, wore the gloves and used them for everything, thinking they were safe and would not wash their hands, which was dangerous.

She advised the congregation to adhere strictly to the preventive measures so as to protect themselves against the novel COVID-19.

Regular handwashing with soap under running water, use of 60 per cent alcohol-based hand sanitizer, avoiding touching the eyes, nose and mouth, practicing respiratory hygiene by coughing or sneezing into a bent elbow or tissue and then immediately disposing of the tissue, as well as maintaining social distance (a minimum of two metres) from individuals showing signs of fever, coughing or sneezing, were the ways to go.

On the issue of face masks, Dr Sarpong noted that healthy people need not wear facemasks but must rather stick to the protective guidelines, adding that infected persons were rather supposed to wear the masks in order not to spread the virus through their droplets.

Dr Sarpong assured Ghanaians that the country had capable health professionals to take care of the situation and urged them to immediately call the emergency lines provided by the Ghana Health Service (0558439868 or 0509497700) for treatment when they experienced symptoms like fever, cough, sneezing and difficulty in breathing.

She said 60 out of a hundred people that would be exposed to the disease would not develop the symptoms and would recover on their own adding that few would progress to the serious stages and encouraged Ghanaians not to panic but avoid close contacts with people.

Dr Afua Twumasi, a Public Health Officer, on her part, advised citizens to wash their hands with soap under running water.

Demonstrating how to wash the hands, she said the palm, in between the fingers, the thumbs, the nails and the back of the hands should be washed thoroughly, adding that it should be the same way sanitizers were applied.

These viruses were originally transmitted between animals and people.

The symptoms include fever, cough, cold, and breathing difficulties and in more severe cases can lead to pneumonia, multiple organ failure and death.