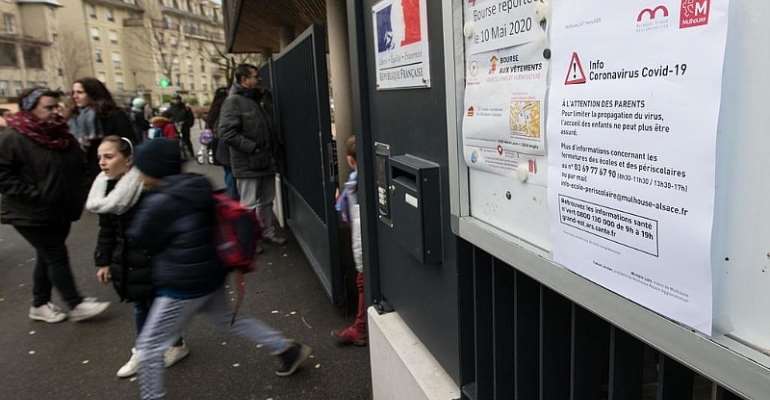 Thousands of schoolchildren are being asked to stay home in France to curb the spread of coronavirus. The closures are also disrupting businesses such as homecare as more mothers, the bulk of the labour force, are forced to skip work. To get around the restrictions, one organisation is relying on good will to keep its services going.

Since schools in eastern France shut last Friday, the NGO, APA network has been scrambling to replace 10 percent of its 1,200 strong workforce.

Made up of mainly working mothers, the company provides homecare to the elderly and sick.

But since the coronavirus outbreak, the group has seen its staff numbers tumble as more women stay at home.

To keep services going, a handful of employees have been working flat out, relying on little but their own good will.

"When the media and the authorities announced that schools would be closed on Monday, a lot of employees called us and proposed to come in at the weekend," explains Director Matthieu Domas.

"It meant that staff who were on holiday, or who had already finished their hours, agreed to come back and work overtime, essentially for free, because they felt it was that important," he told RFI.

The crisis has triggered a wave of solidarity, he says.

Sharing burden
"It is amazing, because throughout the weekend, we had 25 employees working frantically to ensure that our services would go ahead as planned on Monday."

From Friday to Sunday, the skeleton staff carried out over 900 visits to patients – a job usually done by 75 people.

The response of solidarity has somewhat lightened the dark cloud of the coronavirus, which has already killed over 4,000 people worldwide, including at least thirty in France.

The group must first protect patients – mainly seniors, who are the most vulnerable to catching the coronavirus, but also employees, putting a double burden on homecare services.

Aware of this, director Matthieu Domas says staff are being briefed on washing their hands regularly and thoroughly before and after visits with patients.

Chipping in
The company now holds crisis meetings every morning he adds, allowing it to remain in permanent contact with staff to monitor the situation on the ground.

Preparation however is key, and organisations like APA network say they will continue to plan for worker shortages, especially as the mortality rate of the coronavirus keeps rising.

Domas told RFI that if the situation does not improve, the company would think about cross-training staff members so that more people can carry out vital services.

He also wants families and neighbours to chip in.
"Go and check on your elderly neighbour or family member, close their curtain at night, tuck them into bed, make them a cup of tea, in a nutshell make them feel loved," he says.

The coronavirus has brought out the worst but also the good, he comments.

"The response to the crisis and the wave of solidarity it has sparked is a potent reminder of why organisations like ours were set up in the first place: to make the world a better place."

Time for politics
No easy feat. While Domas' APA network tries to maintain services in cluster areas such as Mulhouse, he continues to keep an eye on local elections just around the corner.

Will he have time to vote?
"It's a civic duty. And for an organisation such as APA network, which plays a vital social role, employees I reckon, will find time to honour not just their patients but their political duties as well."