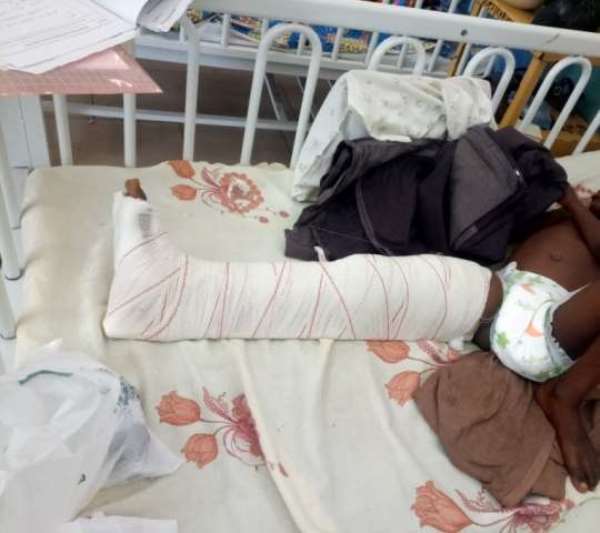 Dr Wisdom Afedo, a Medical Officer at the Upper East Regional hospital in Bolgatanga has expressed worry over high accident of injuries with one death recorded at the hospital on the Eve of Christmas.

He said five cases of fractures in children many of which were brought to the hospital late in the night and wondered what children could have been doing on the roads at such a time.

The Doctor, after his routine ward rounds on Monday, expressed concern when the Ghana News Agency (GNA) visited the Paediatric Unit of the Regional Hospital to ascertain whether the high number of admissions the unit recorded during the rainy season had reduced in the present harmattan season.

The Regional Hospital was recently reported to be full with some patients being nursed on chairs and benches, with most of the cases recorded as malaria and anaemia, especially at the Paediatric Unit.

Even though the number of admissions had reduced as there were many empty beds, the GNA however observed that there were five children in the Unit with various degrees of fractures.

The Medical Officer said apart from children, several adults were rushed to the Out-Patient Department (OPD) Emergency room of the hospital on the night of December 24, with blood stains on them.

Dr Afedo said the shortage of ambulances in the Region to immediately transport patients, especially accident victims, worsened most accident cases brought to the facility, and insisted that if victims who die were brought in early enough, they probably would have survived.

He entreated members of the public, especially those who found themselves at accident scenes not to look on and video victims, as that was the case at most accident scenes, but to immediately help transport victims to the nearest health facility to save their lives.

Dr Afedo cautioned that care should be taken when transporting victims of fractures from accident scenes to health care facilities so that they do not cause more harm to them.

He called on members of the public, most especially the youth in the Region never to ride their motorbikes without crash helmets, and urged them to adhere to safety rules and regulations on the road to stay safe and alive to enjoy the New Year.

While health professionals were preparing the children for application of Plaster Of Paris (POP), the GNA observed that parents of the children were pleading with Doctors at the facility to discharge the children against medical advice so they could seek traditional treatment for them.

Asked the efficacy of local treatments on fractures, Dr Afedo said such treatments were not necessary and could deform either the victim's leg or arm. “These are children, the bones are still developing, and so within a matter of time, they will be fine and get back on their feet.”

He said most relatives who took their patients for local treatment brought them back in very bad conditions to the extent that some had to be amputated.