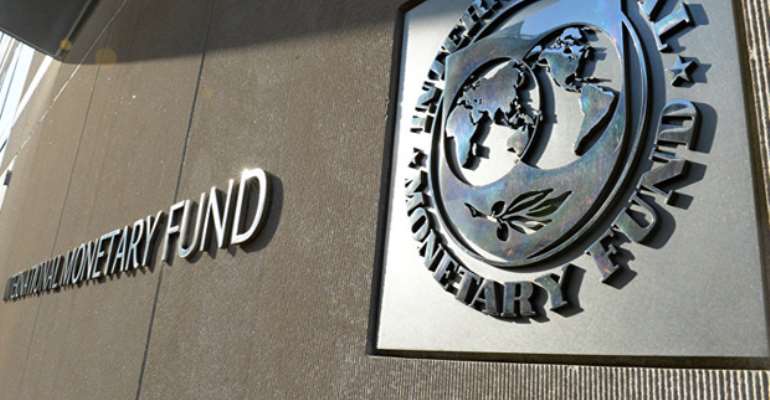 IMF has warned Africa`s second most corrupt country, Republic of Ghana, collateralizing public debts currently standing at 60,3% to GDP, increased from 57,8% previously. The upcoming Presidential Elections in December 2020 show already their devastating outfall by e.g. withholding 98 Ambulances that NOW can save lives but are destined to save a Presidency re-election only.

Ghana`s First President and fighter for Africa´s Independence and Unity, Dr Kwame Nkrumah, once destroyed cocoa beans as the price on offer was below his expectations. He built storage facilities to keep cocoa beans off the market in huge Silos in Tema still standing tall today which had never had any touching, heroic and emotional encounter with a single cocoa bean. COCOBORD till date goes out each year to the world of the White Man and borrows over USD 1 Billion annually, loan that comes with high interest, while Ghana is independent since 1957, 62 years by now. Together with Ivory Coast, both countries control more than 70% of the world market, West-Africa combined 80-85% still allowing Whites to take their cocoa for very small price making "Fair Trade" and "UTZ" organizations flourishing for basically no reason at all. When Oil was discovered on the Arabian Penninsula, the effected countries formed the OPEC in Vienna to be strong against the White Man from Europe, Japan and USA to gain the most profit from their oil production. 62 years down history lane in Africa with cocoa, this is still only lip-talk on the side of African Leaders.

Democracy in Africa is not the representation of the will of the people but an open gateway to steal national and private assets by all parties of the political spectrum. Deputy Minister of Communication under former President John Dramani Mahama was redhanded caught on tape declaring she wanted to make USD 1 Mio. minimum during her time in office; a lady while in parliament vetting clearly was to be seen as a woman with no sense and understanding, but with big breast like to the taste of most African men. Senior Minister Mafo of the current administration has given USD 1 Mio. to Kroll & Associates in London for no work done as stated by the General Auditor of the country.

Devil minds of so-called "Good people" in White colour of the developed world call a man that had suffered with his sweat and blood a racist and his comments about Africa and Ghana useless. That man has been married for the second time to a black lady, his partners in Africa are only black, even his Spiritual Father is a Black Man saying at the pulpit if his mother would ever have the idea to give birth to him again, he would only be willing to come back as a White German. Such "Good People" know Africa only from Media outlets and their own phantasie blaming the old past of Colonialism for the misfortune of Africa fighting internally any attempt to speak the truth lobbying Politicians that know nothing personally by working and living in African countries themselves to give a true and honest account of the self-inflicted problems Africans bring upon themselves.

Rwanda Genocide of 1994 was triggered by the former Colonial Master Belgium by exploiting the traditional hatred of two major tribes against each other with the intention to still stay on top of the country through the back door.

Komenda Sugar Factory, cars prcured but rotten away behind Minsitries, Toxic City West of Accra, open gutters instead of closed underground pipes, burning of the Medical Storage Facility in Tema to cover up stealing of medication, duming plastics into the environment, illegally encroaching on Sakumono land near Golf course not allowing during heavy rains not effect Accra City, 135 Minister in today´s Government, V8 4x4 Toyota Landcruisers following Presidents and Ministers in their numbers, Melcom Disaster, 2015 June 3rd Circle Fire, Holidays in endless numbers while even when it falls on a Sunday will celebrated on a Monday for workers to stay away from productivity, Tullow Oil plc disaster, Bilfinger&Berger AG from Germany having to pull out of Ghana due to corruption practises and Germany`s new laws on fighting corruption internationally, structures uncompleted by one Government not being continued by its successor leaving Apartment Blocks, Schools and Hospital standing abandoned with money lost to the state, allowing former UT-Bank to be listed on Ghana Stock Exchange for 4 years without presenting Balance Sheets befor being delisted having done great harm to the country, Airplanes that carry Ghana`s President around even the country has no money, launching ceremonies that cost money and time of precious productivity can be seen up and down the country with no need to do so only with the intention of Presidents and Ministers to show off and pride themselves, the former task force of 100 people mandated to stop the importation of fake wax print from China turned around by evil minds to allow the clothes to reach the markets of Accra and Kumasi destroying the nation`s textile industry further...the list is endless...painfully endless! None of it was done by any White Man!

Since Africa`s independence, White Men try to influence Africa politics and take their national resources for small money. It is the responsibility of African Leaders to stop any such attempts and put the White Men in their rightful place as equal partners. Buyers have the mandate to buy goods for as little money as possible, Sellers must do their best to get the highest prices. The power struggle in any market situation is based on several aspects, integrity and inner strength are part of it to pull the wheel of fortune to once own side. The corrupt mind and practices, the inefficiency of governance in Africa from its citizenship all to the top of their Political Leaders is an open door for the White Men to take advantage of, morally not correct but in the frame of human behaviour which is demanding the need for a counteraction by the other party.

Collateralizing public debts means selling out natural resources not for the best price possible but far less with the intention to pay Government interventions in a democratic setting to make voters give them their mandate, again and again, to rule the nation and steal national and private assets endlessly. The so-called "Good people" with white skin: Africa be careful of them as they are not honest and never will understand your needs for mental change and open your mind for the real way forward. In fact, most of them are sent by the devil-like a wolf in sheepskin!