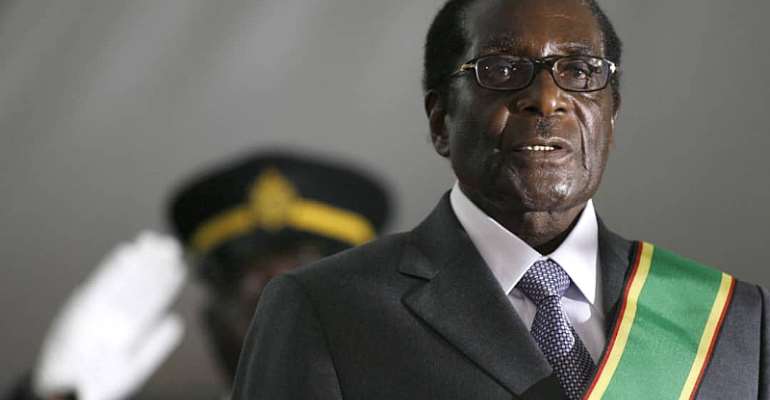 He will be remembered as the only remaining comrade who stood firm against British oppression and aggression and won. He did so with his strong and unflinching believe that the black man is capable of standing up for himself against any oppressors rule. A true son of the African Soil who defied all odds for his people in Zimbabwe and the entire of the African Continent.

Indeed, in times like this when Africa has taken a strong stance to Trade Amongst themselves; Mugabe, the last gem standing will have a good news for our ancestors! Journey Well to the world of our ancestors. Tell them what's happening now on our continent. Tell Mandela how his South Africa has transgressed from apartheid to xenophobia and how his South Africa is telling other African nations that South Africa cannot be home to them because they suffer unemployment and lack basic amenities!

Of cause, tell the obiet, the Primus interpari ( Osagyefo Himself) what's happening on the continent now but do not forget to also tell him that, the AU '' (Organisation of African Unity)'' has bear a stronger teeth nowadays to unite us all through the AfCFTA and also that Ecowas has confirmed the use of a single currency and have set perimeters to get this going. Tell Kenyatta that their struggles will see the light of day in this current dispensation. Tell Toure, Haile Selassie, Marcus, Malcolm, Rev. King, Nnamdi et al that we are standing stronger in unity now than ever.

Tell them that the borderless Africa they worked effortlessly towards is achievable and let them also know that, there is a new wave of positive defiance blowing strongly on the continent of Africa. We will wipe out our very own who are being used oppress us and set the continent free for generations to come. A spring-wave heavier than tsumani will blow them all away and cleansed the continent.

A tear for you Chairman Mugabe! Till we meet again, fare the well. Don't forget to deliver my message.