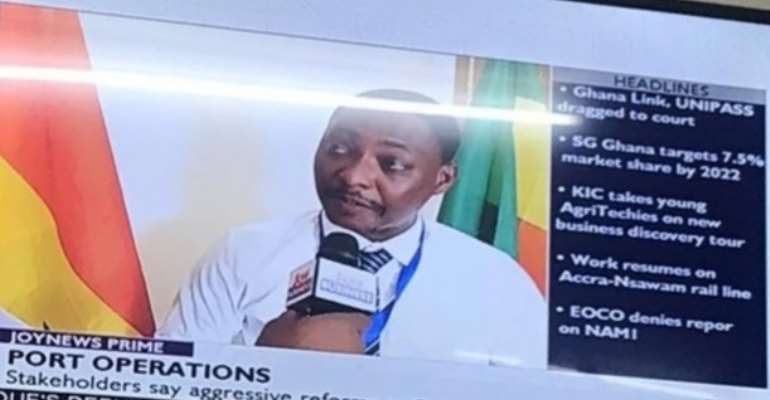 Some friends and compatriots have wondered if government have given me a share of the booty ($50,000) to silence my activism as they believe other silencers have been paid to either keep quiet or be Pro this agenda.

Close friends and Business follows have called my phone continuously as far as I can remember since January this year on this subject.

I have remained resolute and absolute on my decision to let this one go without comment and rather let government spokespersons, anti-agencies and paid persons to do the talking.

Let's not forget that Think Tanks just like any other advocacy platforms are hired and paid to either stand for or oppose policy agenda of ruling governments, agencies, firms et almost especially and sometimes against oppositions governments.

Once you are paid, your main job is to win the fight for your paymasters no matter how inept, rediculous and obscure your argument is before the general public.

My basic understanding about Think Tanks across the world is that they operate in a special area of interest and knowledge and therefore are known to be masters of that particular interest/knowledge or subject matter especially in terms of policy issues.

Imani seems to have gross speciality in all aspects of governance systems and in all topics and subjects and in so doing allocates to themselves superior authorities and powers. I guess Imani have in place departments and Ministries covering all sectors of our economies and employs the very best to head these offices hence their always-posture as PROFESSIONALS!

They have for the past years attached a particular media house (name withheld) to their paid-advocacy work hence their relevance in that aspect! This media house will grant them all the interviews including taking their views on any advocacy project in the mornings, midday news, prime time news, late-night news, Socio-Political Programs et al. Can the Person in Charge of Logistics within the structures of Imani come to face me on a one on one on this subject? I mean, Imani's minister of Trade and Industry / Transport and Logistics who probably has a PhD in this related field! Perhaps Imani's GPHA Director General!

1. The decision by this current government to abrogate a non-existing contract (contract ended and was not renewed) with the Ghana Community Network (GCNet) was largely a political decision and a perfect one at such in my candid opinion. This practice is not new or peculiar to our jurisdiction. Solidify your checks on what happens in the Western world including Asia and you will come to appreciate the decision of this current administration.

2. It is of no doubt that our Ports and any other Port across the world is a main source of revenue (before natural resources) therefore a government's inability to enforce adequate and proper collection systems will deprive that government the needed revenue!

3. The Rawlings administration under the leadership of Hon. Dan Abodakpui contracted the Ghana Community Network and they have been in operation since then. One would have asked why they were still at post under President Kufuor's government? Well, have me answer this question another day, please.

4. The decision to assign and abrogate is solely in the domain of any government and in this case, this current government saw the need to abrogate and reassign to a new company they deem efficient and competent to help collect and properly account for at our Ports.

5. The origin of UNIPASS supports the action of this current government as Korea operates the 3rd busiest Port in the world thus; Busan.

6. One can clearly tell that the abrogated operator will certainly not be happy therefore will engage the services of loud talkers to fight for them and this, unfortunately '' may'' include the Ghana Association of Freight Forwarders among others.

The stands by GIFF in this entire brouhaha has been disgraceful, appalling and distasteful.

i. This same GCNet deprived GIFF of the 3 cedis declaration revenue about 2yrs ago by taking GIFF off their revenue allocation system. The main source of revenue which supported the day to day running of the Association which led to the now-famous sham (GIFF Enterprise Resource Planner) which was meant to adequately collect revenue from all declaration to support the sustenance of the Association.

The posture of GIFF in all these have been a failure and from close source; when GIFF realised their advocacy failure, they now run to the current Trade Minister for talks. Am sure the Trade Minister saw the hypocrisy in them as they were in their two separate meetings with him in an attempt to talk him in.

How do you curse, make noise, oppose and later run for inclusion of revenue? Even so, if this was not borne out of some parochial interest (personal pockets)!

6. As far back as 2018, the late Hon. Ebenezer Adjirackor (Director of Policy, Planing and Evaluation) of the Trade Ministry (A Board Member and two times speaker at GITFIC) in one of his trips to Korea on this same subject said to me in his office that, UNIPASS was a done deal and if GIFF wanted an inclusion, their posture should be sober and responsible and more on a dialogue gesture than this partisan and parochial showmanship which will land them nowhere.

7. A government is voted to power because the majority believes and have sole confidence in them. If at any point in time the government feels the Ports could do better in terms of revenue collection and mobilization, it is right to take steps to advance this thinking regardless of the marginal finger-pointers and anti-comments like; actors securing kickbacks for the future when they go on pension and enrichment.

Can we apply same to the NDC under former President Rawlings? as being the reason why they brought in the Ghana Community Network???

I will conclude by echoing what my revered late friend as quoted above said to me in one of his trips; UNIPASS HAS COME TO STAY. We believe it will support the system to stabilize and deliver better revenue to the state.

The current petty challenges are bound to happen just as it happened when GCNet took over in the late 90s.

No amount of noise, paid-oppositions and propaganda will make government reverse this brilliant idea especially in this COViD era where economies and governments around the world are crumbling.

We heard the Commissioner-General of the Ghana Revenue Authority reveal last week that, 17 days of migrating to UNIPASS have resulted in almost 90 Million USD. I dare say; our revenues will Ballon to expectations if global ports and trade resume in the coming weeks because this marginal figure is pre-COViD19.

Results like this could have only be achieved under a competent government.

Juxtapose this result with financial statistics and operational qualities during the BLACK Star Line era under Osagyefo Dr. Kwame Nkrumah and you will appreciate the similarity on this subject matter!

Let's rather rally behind the Minister of Finance, Senior Minister, Trade n Industry Minister, Transport Minister, Ghana Revenue Authority and the GHANA Ports and Harbours Authority to run this new system effectively and efficiently for the benefit of Ghana!