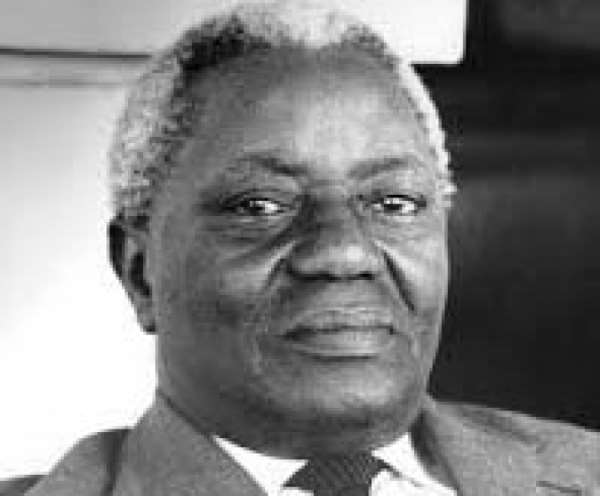 There is a transcultural human tendency and in our part of the world—Ghana—it is casually expressed that “baseless hatred toward one’s perceived enemy has no remedy.” Think about it, how can one finds solution to non-existent problem or tries to solve a problem whose source/cause(s) has no defined basis? Probably, it is one of these everyday human experiences that finds expression in one of the Akans’ sayings that regardless of how beautifully and skillfully the poor hen dances for the pleasure of the eagle, that flying predator will still never be impressed.

It is tactlessly pathetic that still a sizable number of Ghanaians—educated and uneducated alike—continue to belittle the towering role Dr. Joseph Boakye Danquah (JBD) played in laying down the foundation of modern Ghana. It is one thing to have ideological differences or disagreements as to the competence of an entity or a person, but it’s entirely different thing to intentionally distort that individual’s personal history or actual role.

Deliberately trying to insinuate as if to imply a past phenomenon, however abhorrent it might have been, didn’t really exist, or suggest one of its well-known players is not duly regarded as part of the group’s past, amounts to nothing less than intellectual deception of reality, hatred, jealousy, ignorance, ideological dogmatism, hyper-partisanship, or the combinations of all the above. Those group of Ghanaians whose political narratives/worldviews willfully seem to contradict or deny Dr. J.B. Danquah’s actual contributions to the history of Ghana’s self-rule, can easily be tempted to deny that the earth rotates on its axis.

It’s worth noting that hatred, jealousy, close-mindedness, hyper-partisanship, and other untamed human emotions or self-serving politics, can push a person to engage in lies deep-seated to the extent that it digs a yawning hole at the depths of the liar’s core values and morals. Surely, Dr. Danquah along the way became the number one nemesis of President Nkrumah, among others, because JBD’s high-level intellect and liberal political vision appeared to crystallize into something as big as security threat toward then one-man rule Nkrumah government.

The preceding development is an undeniable aspect of Ghana’s story. We must however be quick to point out that adhering to the views of either Nkrumah or Danquah, two political giants in our contemporary body politic is not equal to denying or trivializing their individual roles. Put differently, disliking some parts of Dr. Nkrumah’s political leadership much the same way one strongly disagrees with Dr. J.B. Danquah’s philosophy toward Ghana’s independence does not disingenuously call for the denial of any of the two freedom fighters’ crucial roles.

In the Daily Guide printed edition of May 30, 2018, I underscored the following fact in an article that: “Unquestionably, Dr. Nkrumah’s leading role in Ghana’s sociopolitical morass is written and etched into an unmovable boulder rock that will always stand the test of time. Indeed, the country’s historical narrative about Dr. Nkrumah’s effort has been exhaustively explored, of which any lingering doubt—if there is one—is long settled in every literary account worth its salt. To that end, any further inquiry to authenticate Nkrumah’s role is pointless.”

Having rightly acknowledged the country’s late first president’s momentous role, one may also want to know why it’s hard for some Ghanaians to equally admit the important role Dr. J.B. Danquah played, especially, in the pre-independence Ghana. Whether one accepts it or not, it was Dr. J.B. Danquah whose intellectual arguments and political astuteness culminated in the creation of the broad framework within which Gold Coast’s quest for self-autonomy was set in motion.

Certainly, in every human endeavor nothing happens in a vacuum in that aside from contexts, almost all human events also tend to have subtext(s). Dr. Kwame Nkrumah’s full story as the secretary of the UGCC that eventually propelled him to nationwide fame cannot be complete without talking about the immense efforts of Dr. J.B. Danquah, Paa Grant, and few other pioneers of the Gold Coast freedom fighting group. If anyone wants to be reminded of the truth, Dr. J.B. Danquah’s invitation of Dr. Nkrumah from England to Ghana, was one of the powerful historical subtexts of the latter’s successful, future political plotline.

Unfortunately, cynicism, veiled enviousness, hyper-partisanship, or ideological rigidity appears to have blocked our sense of fairness and genuine appreciation of the nation’s history, including its true heroes. In a twist of irony, the mere mention of the name J.B. Danquah creates apprehensions among a large chunk of Ghanaians, where in most cases lead some of them to resort to denial of Dr. Danquah’s critical role before Nkrumah was invited to come helped in the struggle for freedom.

Not long ago, the National Council for Curriculum & Assessment (NaCCA) had to mount spirited defense against hyper-partisan and uninformed accusations that NaCCA has produced or is about to create a new curriculum for elementary schools, that predominantly emphasizes the role of J.B. at the expense of Nkrumah’s. When do all these J.B. Danquah bashings and hostilities end?

As indicated early on, Dr. Nkrumah’s role in the resistance movement, and later as the first prime minister/president of Ghana is a well-documented open book; and, none of us can rewrite that notable part of Ghana’s history. Similarly, Dr. J.B. Danquah’s place in our nation’s history cannot be swept under the carpet because of hyper-partisan or sectarian politics.

Every civilized culture honors and venerates its bona fide heroes; yet, when it comes to JB, it looks like “national hero” is defined in terms of the level of head of state. If the benchmark for a true statesman/national hero is a person who had ever served as prime minister or president, then this country of ours is socio-culturally doomed and has a steep learning curve to navigate.

The history still remains that had it not the academic foresight, and the selfless love of country displayed by Dr. J.B. Danquah, the Elliot Commission, set up by the colonial Britain to explore the possibility of establishing one university for the whole of the British West Africa, would have bypassed the Legon University we know today. It was Dr. Danquah who impressed upon the colonial government that the native Gold Coasters deserved and capable of supporting their own university college instead of building only one university for all West Africans in Ibadan, Nigeria.

In any event, let any level-headed Ghanaian goes to the Manhyia Palace today and check the historical archives to find out the person who forcefully persuaded the then Asantehene in the early 1940s to release some “Akuafo” funds for the support of the establishment of Legon University in 1948. I bet you, Dr. Joseph Boakye Danquah’s name will quickly pop up! Ghandi’s statue can be erected somewhere in Legon but JB Danquah’s name in connection with Legon is an anathema. Hyper-partisanship is destroying Ghana!