The Biggest lie of Kwame Nkrumah 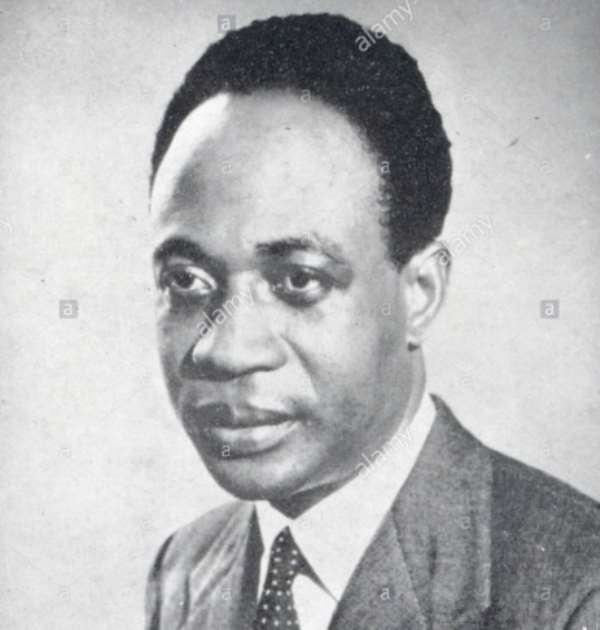 Ghana’s independence hero and the first President of the republic of Ghana, Osagyefo Dr. Kwame Nkrumah, whose feet, no other president in Ghana and the whole of Africa has been able to achieve, the pan-Africanist and the most patriotic leader Ghana has ever had did everything he could for a better Ghana.

The Osagyefo promised industrialized Ghana and within some few years in office factories were uncountable. Graduates and non-graduates did not have to worry about jobs. He was hugely admired both at home and abroad.

Though, Nkrumah had one flattery statement for the newly born republic of Ghana. During his speech on the Independence Day, President Nkrumah said that “The black man is capable of managing his own affairs” This, to many observers and analysts, is the only lie Nkrumah ever said as president. However, Kwame Nkrumah’s good deeds in the subsequent years can never be erased from African history.

What kind of affairs was he referring to? Could the affairs be Self-governance, security, corruption-free country and justice? Was he referring to the affairs of engineering a one party state or the affairs that one person would be president for decades as it is the case of Cameroon, Uganda, Equatorial Guinea, Rwanda and others while their people remain poor? Are the affairs of Ghana free from international politics of the wealthier countries in the world?

Well, how well has Ghana managed her affairs after Nkrumah? The only score point for Ghana is our stable democracy. Despite former President Kufuor’s poverty eradication programme, majority of the populace are experiencing economic hardship.

How well has Ghana managed our security issues? There is insecurity in the country. Political vigilantism, sponsored murder and armed robbery bedevil the people. Crime is on the rise but punishment is missing. This is called IMPUNITY. A minor could murder a Member of Parliament to enjoy a good life in detention cell. Only for the state to declare a nolle prosequi until Ghanaians cried out.

How well have we tackled corruption? Both the NPP and the NDC talk when they are in opposition. They do not give due punishment to each other’s members just to avoid any talks of political witch-hunting.

How well have we managed our land-use and land-sales? Land owners continue to sell and resell a piece of land to different people. When they come under an intense pressure, they allocate demarcated roads and market places to the aggrieved allotees. This is one of the reasons behind our erosion-ridden and unplanned settlements.

How well have we managed our population growth against poverty? Some politicians boast of having 11, 13 and 19 children. You will see poor couples with 5, 7 and 10 children. How many couples want to have a maximum of three children? We often look up to Denmark, Norway, Sweden and Australia for economic aid. Do you know that Ghana’s population is three times bigger than that of Sweden, six times bigger than that of Denmark and Norway, and five million higher than that of Australia plus New Zealand?

How well have we managed our sanitation, noise and many other issues that are confronting our beloved country?

May the soul of Osagyefo rest in a perfect peace but Ghana is yet to manage her own affairs well. You may listen to Nkrumah's speech from the link below.