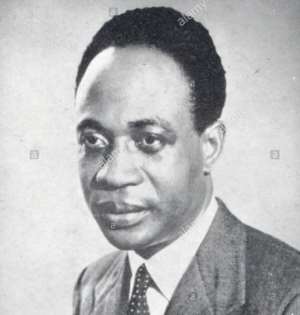 Around the mid-1960s, a constitutional amendment ushered Ghana into a one-party State, with President Nkrumah disseminating the slogan of “president for life”. Opposition to that democratic dictatorship was met with brutal consequences. Some members of the so-called Big Six could barely open their mouths. CPP all the way. That was the order of the day. Supporters of opposition parties will dare not carry their party’s flag. With Preventive Detention act in place, any act of dissent did not go unpunished.

How different is the NDC-NPP partisanship compared to Nkrumah’s One-Party agenda? Nowadays, in Ghana, if you are an NDC member, you cannot express your views freely in the midst of NPP supporters and vice versa. Each party wants all people to be part of them. The NDC wants to engineer everyone to be a strong and an aggressive party supporter, ready to fight. The NPP wants to say that if you are a Ghanaian, you must be an NPP supporter and, you are not intelligent if you support NDC.

The grass-root supporters would want to fight, do multiple voting or even steal ballot boxes to bring their party to power. It seems in our conscience as Ghanaians, we do not understand or believe in a multi-party democracy. Multi-party democracy on a paper but our actions depict that we want to worship one party or the other.

The current partisan politics in Ghana is full of hatred, insults, hooliganism and above all, deceit. Each person works on commission. Political corruption has impeded development in Ghana. Both the NDC and the NPP are hypocrites. They have succeeded in brainwashing their supporters to be more patriotic to their parties than to the Nation. Nkrumah’s CPP stood for Patriotism, Nationalism, Development, Empowerment, and a Total Liberation from Neo-Colonialism and a Powerful Ghana.

Despite Nkrumah’s selfish aim to be president for life, his sole aim was for national development and empowerment of the populace. President Nkrumah industrialized Ghana within six years—a path that was to be reversed by some intermittent looters and visionless men.

Multi-party democracy does not mean enmity and division if our sole aim is towards nation building as epitomized by Osagyefo Kwame Nkrumah. The aggression in Ghana politics portrays that ‘the winner takes all’ and the desire for misappropriation but nothing else.

NDC or NPP, we are all one people and one nation. Ghana has been malnourished in terms of development. Let us develop our country.