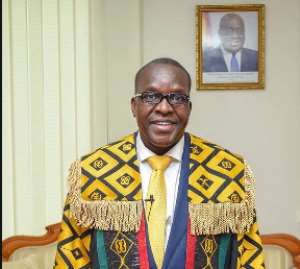 After a risible voting process to elect the speaker of parliament, it looks like the dust has now settled for the parliamentary business to proceed. Graciously, the indomitable and honest man, Hon. Usman Alban Bagbin, is the new Speaker of Parliament.

So, how is the NPP government going to cope with its main adversary, the NDC?

Equal numbers of parliamentarians on both sides, means that, government bills on loan acquisition, concessions, sales, policy implementations and other matters may have to drag the tortoise mile before parliament. Talks behind the scenes are expected to occur before parliament convenes for any decision making. Consider the following scenarios:

Scenario 1: Observers think that both parties will work efficiently together and play mute on official corruption. There will be no room for political witch-hunting since the bounty of the national cake will be mutually beneficial to both parties. Friendship will increase in parliament but the NPP and the NDC will continue to roar like opposing carnivores to win sympathy from their supporters.

When the lions and the tigers compromise on a common meat the cat anticipates grandiose bribery and corruption. There will be roars and empty rhetoric but deafening silent on official corruption. This could be the case of our new parliament on decision making and passing of bills.

As it has been, since the time in memorial, the new government will be incapacitated to fight official corruption.

Perhaps, Ghanaians will see a little more development in our communities because the NDC members in parliament would not like to be antagonized for obstructing the Akufo Addo’s administration to carrying out developmental projects.

It is Ghana at stake and not political parties, so, Ghanaians will continue to hold our leaders accountable for thwarting the course of development when they failed to act in the interest of our motherland.