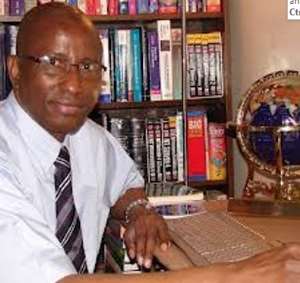 Hoping that the national army stands to protect life and property, that is not Gambia. Over 22 years of junta rule left the country in tatters. Fear reigns in no lesser way than what a subdued helpless population endured during the rule of terror nobody wants to think about.

After defeating military dictator Yaya Jammeh, the idea of Truth and Reconciliation Commission TRRC was born, whose principal aim is to heal past wounds and declare a national slogan “Never Again”.

At Commission Sittings
Whole can of worms litter the floor as victims and perpetrators render their personal account of what happened.

Recalling from their personal encounters, innocent persons have been rounded up and detained without trial for extensive periods. Theirs was one of routine torture sessions meted out to them by the national army and secret police operatives.

Some people died in custody. Others died shortly after their release. The remaining are faced with a life of chronic pain degrading bitter memories.

People of Gambia may have thought that unseating a dictator equals to keeping everyone happy. Ignorance could have been more bliss but not any longer as revelations emerge from the nascent commission sittings.

Faces are being put to stories, making it better known that the torture and killings carried in 22 years junta rule have been done by Gambians and not foreign elements. Until it came so clear that those who tortured, killed and maimed are of local Gambian breed of dangerous elements, some people thought that dictator Jammeh hired his killers from elsewhere in the subregion.

Thoughts were cast on war-torn nations. The truth now as revealed leaves everyone with dropping jaws. It has been a case of Gambian on Gambian. This was extended to brutal murder of other nationalities including the Ghana 44 whose young promised lives ended in cold blood onslaught.

Sitting Government Dislodged
Purpose of establishing an army has been defeated by cruel twist of events marking 22 July 1994 coup that dislodged an elected sitting government. Gambian army failed the nation by that unlawful act of staging a coup. Remaining 22 years of junta rule brought real hell nobody wants to remember.

Rather than preserve institutions and instruments of democracy, Gambian army perpetrated a situation of terror typical of most cruel police state. Toppling a sitting government is ample evidence for those who always thought keeping an army was dangerous for Gambia. Pockets of people still believe that the army so badly failed in their rightful duty of protecting life and property, while under oath to defend the constitution.

Inhuman Torture of Captives
From what emerged at the commission sittings, victims of torture and detention without trial stated that they have not be put before any law courts. Also, it came up that while being subjected to routine torture during their extensive period of detention without trial, victims have not been told even once any reason for arresting or keeping them in custody.

In the convention of systematic dispensation, these captives could not be taken for prisoner even though they have been detained within state prison outfits.

Without being told their crime, it was wrong to detain them in first place. Subjecting them to routine torture of inhuman proportion is gross violation of their rights. A sitting government is bound by duty to protect individuals and their property.

On this very unlawful occasion, all rules have been violated while perpetrators indulged in shameful acts of torturing and killing victims without an option for due process.

Killers and Torturers Still Free and on Government Payroll

Adding more insult to injury, the current government is paying deaf ears to public outcry that members of Gambia National Army and state secret services who committed such heinous crimes must not be permitted to keep public sector employment until a law court decides otherwise.

Killers and torturers are still on government payroll as thought to mock their victims and affected families.

Flames of Anger in Society
By ignoring calls to detox the security from bad elements, Gambia government is setting very bad precedence. As we speak, public sector is infested with economic criminals, killers and torturers. How can that be reconciled??

What Next?
Sanitising the public sector is crucial to government building confidence. Dangerous criminals who one way or another participated in various inhuman misconduct deserve something else. The most appropriate point of departure is to ensure that certain people with dubious profiles be sanctioned. Even if they later prove innocent, it is unwise and tilts towards failed justice to blend them in as though all is okay.

Victims and culprits may decide to forgive then forge ahead. That is at individual level. However, crime against people and nation is a matter for general public consultation.

Stepping in the wrong direction may end up with least desirable results. Who wants to see bad history repeating itself?