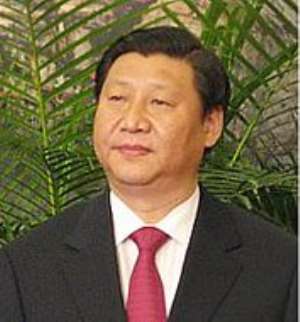 In the latest meeting between China and African leaders, an Aid Package of $60B was announced. Its interesting that many years ago, all of the West used to get together to award deals like this - now, its Bruce Lee alone. China has a grip on Africa - but it doesnt intend to use it to strangle Africa - more likely a tool to starve the West and perpetuate its own growth. From about $15 Bn almost 2 decades ago to $60Bn - Baby, its a wrap. Now the West will unleash their most trusted weapon - the manufacture of Public Consent, Apathy and Distrust of China, using its powerful Media. Its already begun.

President Xi Jinping however made a statement that I feel a lot of African leaders and their policy bobs should have learnt something crucial from. Maybe they were busy grabbing their portion of the $60Bn continental cake Jinping had baked.

President Xi Jinping said:
"The financial support for Africa will include government assistance and investment. It will also include financing by financial institutions and companies. The Chinese leader also revealed that China will increase its imports from Africa. Imports will focus on non-resources products."

It is a loaded statement but equally one that could easily be glossed over.

(1) He reveals in that statement that Corporate China and Government are equal partners in deploying a national agenda for global domination. Almost symbiotic. Effectively it means between Government and Corporate China, the affinity for aggressive commercial engagement is the same. If there is a lesson African governments should learn, it is that building combined domestic capital and hence opportunities for regional dominance cannot be done if corporate and political Africa do not have a unified Agenda. We don't - what we have is a prey-predator relationship, driven by percieved political-colours of corporate Africa (Ghana) and a clockwork election cycle;

(2) China is not in the mood to import Africa's raw materials going forward. It will just TAKE them as payment for its loans and other Government related facilities. Afterall, it kills 3 birds with one stone - (1) they get the raw materials they need to maintain or expand growth (even if only slightly) which has domestically depleted. They will use their labour and service delivery teams anyway (with possible maintenance deals), so they lose nothing net (2) It acts as a perfect hedge against having to deal in a universal US$ currency fluctuations and guarantee of value. (3) To them, the US$ has been reduced to a measure of value but no more a medium of exchange when dealing with some African countries - much effective than responding to Trump via Twitter

(3) China, when it says it hopes to import more non-resource items from Africa, is saying 2 things (1) It is about to equally increase its exports to Africa (China doesn't like trade deficits) and (2) It is consolidating its economic leverage on all fronts - the increasing Loans and long-term facilities ensure a Term-bound relationship while increased Trading means an opportunity for Africa to cut back its day-to-day economic relationship with the West and redirect same to China. I mean what better way to keep both your long and short term Economic eggs (relationships) in one basket - China.

I have heard the arguments that China makes Big loan promises, but hardly disburses them and that African (Ghanaian) governments have been slow in figuring out why. I agree some of China's criteria are obscure but if we look hard at the 3 main types of Aid it gives, some of the criteria can be easy to spot. (1) Population: at the back of every Chinese engagement, "Will it let us EXPORT more" - is a big driving factor. So the bigger and poorer your population, the LEAST your domestic capability to neutralise its export to you and the more consumer-dependednt you'll be on its cheap export - its China's lifeline and they take it seriously. (2) Natural resources availability: this one is obvious - its China's new model of guaranteeing repayments. The value is not all about how the natural resource trades on the world market alone, it is also dependent on how strategic it fits into their industrial expansion or future value storage (3) Your strategic Diplomatic relationship with Taiwan and USA - Taiwan and India, are China's regional competitors for cheap trades (in my view) and US is their opposing political leverage for votes on UN councils (in my view).

I am sure, there are many other views - these are mine.