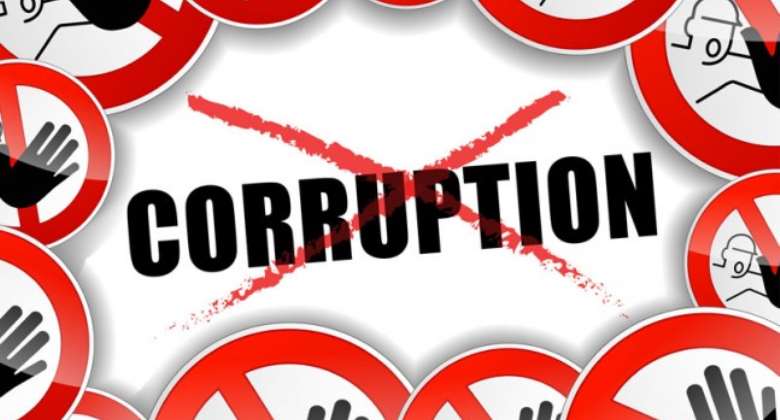 Whether the estimate is by CHRAJ or IMF or CDD etc... Ghana on average is estimated to lose $3Billion a year from Theft, Bribery & Corruption. In case you cannot picture that amount, it equates to constructing approx 5,000km of high quality 2 lane roads per year, or of giving at least 30,000 Ghanaians world-class entrepreneurship grooming plus startup capital to create their own business opportunities and employ others. Now you get the picture.

Corruption in Ghana comes in many forms: Procurement Fraud (which we all know - inflate prices and cream off the top); Revenue Ghosting (public revenues collected but never go into national coffers); Capital Slimming (multinationals bring their capital as loans, hence end up pretending to pay interests and reduce taxes to government); Asset hijack,

Since my announcement as an Independent Presidential Aspirant, I have often been asked "HOW do you intend to deal with corruption?" I summarise below my 10-Point comprehensive plan below.

(1) Zero-Tolerance For Corruption at the Presidency:

The posturing of public machinery, hugely reflects the posturing of its leadership, and dealing with corruption at the highest levels, offers the moral gravitas, to enforce it at lower levels. I am committed to zero-tolerance for corruption and to non interference in its full enforcement.

We intend to carry out an efficiency Audit across all public sector, to ensure - #1 best quality personnel are meritoriously retained in the public sector, #2 that duplications and bureaucracies that encourage hidden layers of corruption are identified and eliminated.

Establish an Independent Value for Money Unit that validates the value deliverable from EVERY major contract before it passes for execution. In other words, a unit that determines whether we'll be getting the most out of every Cedi spent or not.y__ If this was in place, Procurement scandals would cease.

There's a need to separate the fiduciary duties and Prudential duties of the Bank of Ghana. Every big money that enters or leaves Ghana is known to the BoG - one institution cannot play Jury, Judge and God. Supervision and regulatory duties have to be separated from Policy duties. If this was the case - the banking crisis damage would have been minimized.

Within All ministries, we'll introduce a process by which a business case has to be made before spending any amount above GhS500,000. It must offer the Strategic, Commercial, Financial, Economic, Management justification for spending public money. As at today, the PPA website for example doesn't show the justification for a lot of its sole and restricted sourced contracts. Why? The era of spending largely for political reasons rather than for a greater good must end. If something like this was in place, the brouhaha around AFCON budget wouldn't happen after the money had been spent.

This may appear out of place but it isn't. A house is the biggest social value and safest form social security in Ghana - in a country where average salaries cannot guarantee one owning a place of their own to live on retirement, doing all that's possible to own a house before retirement easily becomes one of the biggest motivations for corruption. Corruption does not happen without a motivation. We will make owning homes Affordable, not HARDfordable for ordinary Ghanaians.

ALL organisations in Ghana will adopt a standard Theft, Bribery, Corruption and Whistle-blowing policy. Expand our laws to increase the scope of coverage and to specify more PUNITIVE measures for same. Until we make the cost of corruption disproportionately excessive than the benefits of engaging in it, nothing will change. People must be caught, prosecuted, jailed, blacklisted from future public service or private governance roles, and assets recovered - consistently until it becomes an established expectation

We'll execute a fully integrated Identification and addressing system that ensures that fully integrated data also exists, for every citizen and company, from Birth to Death, including public records of their involvement in any form of theft, bribery or/and corruption.

Establish a consolidated machinery to fully deal with all forms of theft, bribery and corruption to combine EOCO, Financial Services Supervisory unit and part of the Forensic Unit of the Police. This ensures a wholesome approach to dealing with corruption covering its financial, legal and criminal parts.

(10) Blockchain and Other Technology

Introduce reasonably practical levels of blockchain technology into our public sector infrastructure. This will guarantee a healthy elimination of manipulations between initiating public transaction and the final delivery to citizens.

Whether we make any headway or not with the canker of corruption, depends a great deal on the political will to punish without fear or favor for all wrongs done.