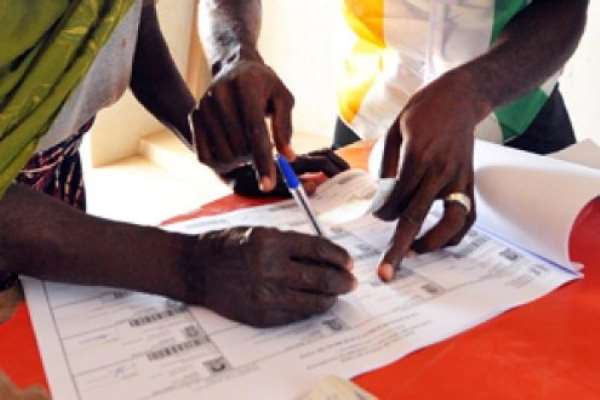 “You cannot say to a child who is hungry today ‘hey! I fed you yesterday’…” ~ Zimbabwean proverb. Likewise, it is worth noting that the most satisfying “bread and butter” any Electoral Management Body can feed its citizens – are Trust and Transparency – and they must be fed with both always.

There have been tumultuous arguments for and against the impending new voters register that it appears the EC is “bent” on implementing. The fact that the EC is having to now defend, explain, or justify it’s actions on the matter is proof that it is ether missing in the Trust or the Transparency element of the decision to implement a new Voter Register.

My objective here is simple. To raise 5 points that we can all rationally digest and proceed from.

VIEWPOINT #1: NON-TRANSFERABILITY?
One of the arguments the EC is purported to be making – is that the Biometric Data (image and fingerprints) captured under the last Biometric Voter Management System (BVMS) are not transferable/ usable/compatible with other systems hence that they are STUCK with the old supplier – Superlock Technology Limited (such restriction of data to one vendor is called “Supplier-Lock”). But here’s the thing – when Biometric Data are taken from citizens, they are usually captured in two ways (i) As raw files (the common format for fingerprints being Wavelet scalar quantization - WSQ) and also (ii) Proprietary templates - which is a format only readable by the Vendor’s machines. What the EC hasn’t been telling us is – what format(s) were our Biometric data captured in? Because if it is in format (i) alone or (i & ii), then the data can INDEED be recovered and reused in a new format/system. Dear EC – in what formats were the Biometric Data captured/stored? This is a FUNDAMENTAL question to answer because it underscores whether or not an entire registration exercise needs to be done again or data can simply be transferred into new equipment to continue being managed.

VIEWPOINT #2: WHAT FAILURES ARE THEY?
Another Argument which has formed the EC’s defence has been that results from consultants (internal and external) who recently tested the system show that the Biometric Voter Reading Systems had as high as 47% failure rates. What the EC hasn’t said is “What Kind of Failures are they?” No, lets not just say, “does it matter?” It does. (i) Is it a “Data-Captured Failure?” – this only happens at registration, so if we have come this far, it cannot be the case (ii) is it a “False Match” failure? In which case voters are being matched as present in the database when in fact they are not? A deduplication solves that and in which case the stored data is likely the problem and not the reading equipment (iii) or is it a “False Non-Match” failure where the system marks voters as “doesn’t exists in the database” when in fact they are? – but then again – this is why we have a printed voter album to check manually from at polling stations. What is the type of Failure necessitating the total Overhaul? As a matter of fact, several researches have shown that databases that use the Iris (eye) or that capture all 10 fingers (fingerprints) stand higher accuracy rates – the National ID card has both. So back to the question – what type of errors make up the 47% failure rates and will the EC be willing to share these Consultant reports with stakeholders or at least provide a breakdown of the TYPES of errors they are that justify an overall overhaul?

VIEWPOINT #3: THE SOLUTION WAS ALWAYS HERE
A 2017-18 report published by the Globally renowned Institute of Democratic and Electoral Assistance (IDEA) highlights the reality that it is less time consuming and more value for money IF Biometric Electoral Identification is achievable from an already existing National Civic Bio ID database – in our case, the National Identification Authority, which is currently in the process of delivering National IDs to citizens. Why can’t we leverage that Data? Are they not from the same Ghanaians meant to be on the Voter register? By the way, it is worth noting that the ongoing National ID process captures more data than is even needed for a Voter ID – the NIA process captures Iris, facial, 10 fingerprints and Bio – all held on a machine-readable chip, centrally stored, thus accessible and comparable from multiple locations over the cloud. It is designed to capture (at least theoretically) more citizens, not just those of voting age; the registration sites are all captured, which means they can easily be identifiable and also deployed as voting centres and easily matched to specific constituencies and districts and regions. Such a system can easily be queried to produce an Age restricted register – same as the EC will need for back up. The big Question is – What different data does the EC want to hold separately for voters that the NIA will not already have? This is value for money because it saves us the Duplication of process, money, time, equipment, storage and management of Citizen Data. Does the EC want Value for money?

VIEWPOINT #4: THE HUMAN FEASIBILITY
Whatever form voter Identification takes during an election – the electoral process’ integrity and legitimacy is partly derived from whether or not, eligible voting citizens have been captured in total or as close to complete as possible in registers? It is worth pointing out, that bearing in mind the recent research findings by CDD on voter apathy, the low turnout at the just ended District Level Elections, and the ongoing National ID exercises – Voter Fatigue has already begun to set in. It makes the EC’s estimation that it will register anything up to 16million Ghanaians within the set period questionable. According to the IDEA that surveyed over 150 National Election Systems, it takes an average of 6+ months for vendor selections, bids and procurement of equipment; 2+ months for production and delivery of equipment; 1-3months for field registration process; 2-3 months for data processing, de-duplication, displaying voter lists, adjudication of appeals etc; 1month for final prepping before elections. Question – Considering the announcement the EC will start the new voter registration in April, has the EC got enough time for this? If indeed all the procurement has been sorted, then indeed it is proof the EC was out to shop and bag long before it informed Ghanaians of its intention to have a new Voters Register. Some argue that we have done this before in election years prior – fair point – but the population then is not the same now – they have approximately 1.5million more to deal with. Question – it’s not enough to just say, its been done before in other election years – on a case by case basis – is it feasible in 2020.?

VIEWPOINT #5: THE FINANCIALS
Assessing whether or not we are indeed saving monies from buying new Biometric kits and carrying out an entirely new registration exercise et Al is a little bit more difficult – we don’t have verifiable details of how much STL genuinely says they will charge us for maintaining current equipment and database other than what the EC is telling us - I understand - its a matter of Democratic Security perhaps. On the other hand, the whole conversation has narrowed down to the procurement of machinery and nothing is being said about the Organisation and actual field Registration process. A few things come to mind immediately however (i) According to the EC’s own 1st press statement of 2020 on this matter, it cost only GhS2 million to repair machines that were used in the District Level Elections (DLE) and according to CODEO, those DLE’s went very well. IF the GhS2million catered for an election that had a voter turnout of just under 10% - then a linear calculation will say it will cost just GhS 20Million to repair equipment for 100% voter expectation in November/December. Why the EC now says it will spend $74million to refurbish old equipment is somewhat confusing – unless of course the EC refers to different equipment. As I remember, my biometric details weren’t read at the DLE? (ii) A Working Paper #435 by the Centre for Global Development titled “Biometric Elections in Poor Countries: Wasteful or a Worthwhile Investment?” (Authors Alan Gelb and Anna Diofasi), indicated that comparative Biometric Technology Costs per voter were $5.4 for Ghana in 2012; $1.8 for DR Congo in 2011; $3.1 for Tanzania in 2015; $7.4 for Kenya in 2013; Cameroon $2.7 in 2013; Sierra Leone $3.7 in 2012 - even in 2012, Ghana's Biometric cost per citizen was more than what most other African countries incurred. The proposal by the EC to Do an entirely new BVMS for approximately $63 Million ($56mil for BVMS and $7mil for Data holding) means that the average cost per voter comes to approximately $4.2 (assuming the midpoint 15million voters of the range our EC envisages) – considering the EC’s own claims that BVMSs have become cheaper since 2012, it is worth noting that our potential unit cost today is still higher than those of other African countries using BVMSs all the way back in 2012-2015. Even though in 2012, BVMS cost us GhS 10.24 ($5.4 per citizen as stated above at average exchange rate of 1.8613 to a US Dollar), it is actually costing us more now at GhS 23.85 ($4.2 per citizen as stated above at average exchange rate of 5.6775 to a US Dollar). Savings in Dollars or Cedis or?

#6: CONCLUSIONS
It is NOT true that there are NO solutions to stop the register from getting bloated every 4 years. That’s a Sinful Lie. What we need as a country is a centralized National ID system, with as much cross-agency--user data fields as possible, as well as data portals related ministries and departments responsible for each of our life-related data sets. The collective authenticity of such a database is of an even more important secondary use: Data-Driven Policy Making. For the kind of money we intend to spend, I believe we will have achieved better value for money going through 2020 elections leveraging the use of data currently being compiled by the NIA and then from 2021, comprehensively designing and delivering a once and for all system the smoothly adds on new citizens and eliminates deceased without the need for total overhauls.

At the end of the day, it is the Citizens whose tax monies pay for BVMSs and Registration Processes. It is the ordinary Citizens' energy and time and convenience that pays with long queues in the sun to get the registers done – let’s never forget that! If we do – we will come to the point where our democracy will have officially taken on the label “Monkey dey work, wey Baboon dey chop” – We may be heading there – but we don’t need to. 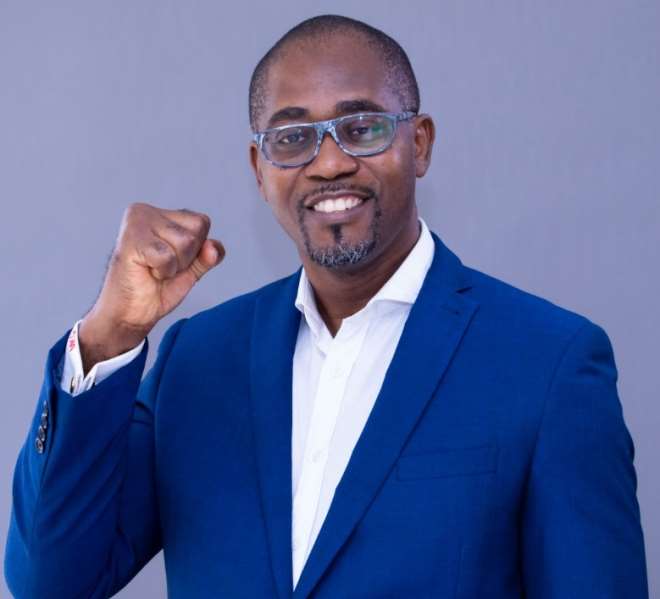 Mahama insists on second round in closing address to Supreme...
30 minutes ago