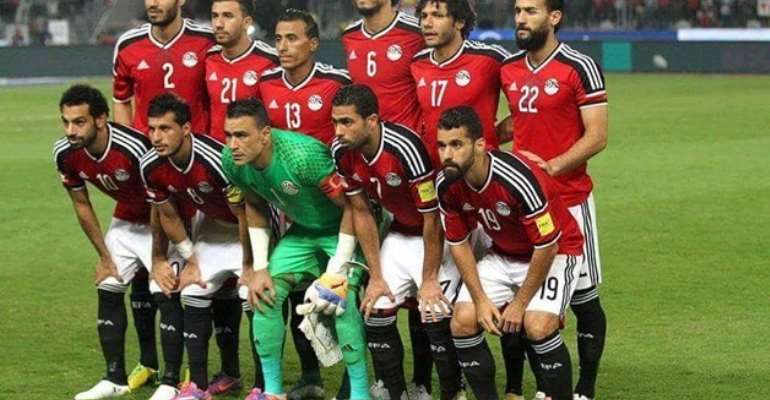 One of the mysteries of football which needed serious scrutiny has been put to bed. Unfathomable as it is, seven time African Champions, Egypt have consistently failed to make it to the World Cup since their last appearance in 1990. The status quo needed to change and it did. Mohammed Salah’s 94th minute penalty against Congo ensured that Egypt booked its place in the 2018 World Cup to be staged in Russia, breaking the spell which had been cast on them. Heading into the tournament, it is only apt that we feed theming fans on what to expect from The Pharaohs of Egypt.

COACH AND PLAYING STYLE
Replacing the ever ripe Hassan Shehata was always going to be a herculean task for any manager. Bob Bradley gave it a shot but could not stand the test of time but Hector Cuper (the man famed for losing two consecutive champions league finals with Valencia) has brilliantly filled the boots of Shehata. To be honest, I think that this current Egyptian side is not as talented as previous sides, especially the Egyptian side of 2008 which had the likes of Mohammed Zidan, Ahmed Mido, Aboutrika and Hossam Hassan in their side and as such offered more in terms of ball possession.

Hector Cuper’s favored formation is the 4-2-3-1. Hector also favors a pragmatic approach to the game and as such has built a side which plays direct football and is reliant on the midfield duo of El Neny and Hamed Tarek to provide efficient cover for the back four whiles looking for the runs of the slippery Mohammed Salah in behind the opponent’s defence. We are sure to see an Egyptian side who would not burden themselves with keeping much of the ball. Under Hector Cuper, Egypt plays disciplined counter attacking football and that is what we expect to see despite suggestions from the Egyptian gaffer that there might be a change in style during the tournament.

THE ISSUE OF MOHAMMED SALAH’S INJURY AND THE RAMADAN

Definitely, any side without a player such as Salah would feel the heat. Testament to this was the swing in the tie in the Champions League Final as soon as Salah departed the pitch in tears. Salah’s presence on the pitch will make opposition sides to become a bit more cautious with the way they leave spaces in behind their defense when they have the ball. Egypt’s style of play can be of massive strength to them as the pace and intelligence of Salah will be used during bouts of counter attacks. Though his absence has affected the team’s preparation, there is much enthusiasm as it is likely that Salah will win the race to be fit in time or as said by Lovren, Salah will play through the pain for his national team.

Egypt is scheduled to play its opening match a day after the Ramadan ends. Of course, fitness is of a very primary concern heading into tournaments such as the World Cup and it will be very intriguing to see how the team copes after a month of prolonged fasting. There is the threat of players gaining extra fat which is what normally happens after prolonged periods of fasting and introduction of normal diet which could have an adverse effect on the overall fitness of the team. There is also the threat of players becoming fatigued due to the long periods of fasting coupled with training.

Egypt’s nutritionists will have to be up to the task if this period of Ramadan is not to play a role in denting their hopes of qualification from the group stage of the football fiesta. One may argue that the Egyptian players are used to fasting and playing during the month of Ramadan but the reality is that this is not about one or two players fasting but the entire team!

FORM
Without Mohammed Salah, Egypt did look lost in their recent friendly on June 6TH as they were outplayed and outscored by a star studded Belgium side. They were beaten by 3 goals to 0 and although Cuper expressed his delight at the performance of his attackers, the overall performance from the Egyptian lads was not really impressive. In other friendly matches, Egypt lost by 2 goals to 1 against Portugal, drew 1 all with Kuwait, drew 0-0 with Colombia and lost by a goal to nil against Greeks.

Well, friendly matches are not really indicative of anything as it is an opportunity for the coach to try out some new stuff. In the recent FIFA rankings, Egypt occupy the 45th spot.

OPPONENTS AND PREDICTION
Egypt kick off their campaign with their first game against Luis Suarez’s Uruguay. I honestly think that Cuper will set up his team to be very defensive and will surrender possession to Uruguay, a team which also sets up in a hard to beat manner. Egypt will try as much as possible to avoid a defeat on their opening game. Both teams have a similar playing style so the onus lies on Egypt to seize any opportunity they get as chances would be very limited in this game. I think Egypt will settle for a draw.

The second game comes against the host nation, Russia. Egypt will definitely need to be mentally tough if they are to withstand the quantum of home support the Russians will receive. Egypt can find solace in the fact that Russia’s defence has been plagued with injuries to their central defenders Viktor Vasin and Georgy Dzhikiya but I expect the Egyptians to be cautious within the first thirty minutes of the game. As the game wears on, I expect the Egyptians to build more confidence and go forward a bit more, especially if Salah shakes his injury off and makes the squad. A further injury to Russia’s Aleksandr Kokorin has had a telling effect on Russia’s attacking threat. At this point, everything is playing into the hands of Egypt and I expect Egypt to shut the mouths of Russia’s fans with a victory at their expense. The worst should be a draw.

Egypt’s final group game is against Saudi Arabia who will easily be touted as the whooping boys of the group. However, Dutchman Van Marwijk has done an impressive job on the Saudi’s, instilling the Dutch philosophy of total football to his players. In their seven round 2 qualifying games, the Saudi’s recorded 6 wins and 2 draws as well as an impressive record of scoring 28 goals and conceding just 4 times. Egypt will have to be wary of the impressive cardiovascular endurance of this Saudi side as the Green Falcons as they are affectionately called, netted 12 out of their 17 goals in the second period of their games during the round 3 qualifiers. Again, 16 out of the 19 points Saudi Arabia accrued in the round 3 qualifiers came after they had finished the first half either level or behind. Egypt has what it takes to emerge victorious against the Green Falcons but Egypt has to guard against complacency and ensure that they defend very well against this attacking oriented side. Egypt wins this.

Egypt has not participated in the World Cup since 1990 and it is expected that they leave quite an impression on football’s greatest tournament. Qualification from the group stage isn’t beyond their reach and we hope that with the right strategy and mentality, they will make it pass the group stages.

I love to read. I love to write but above all, I love the truth. Twitter @kwabaid