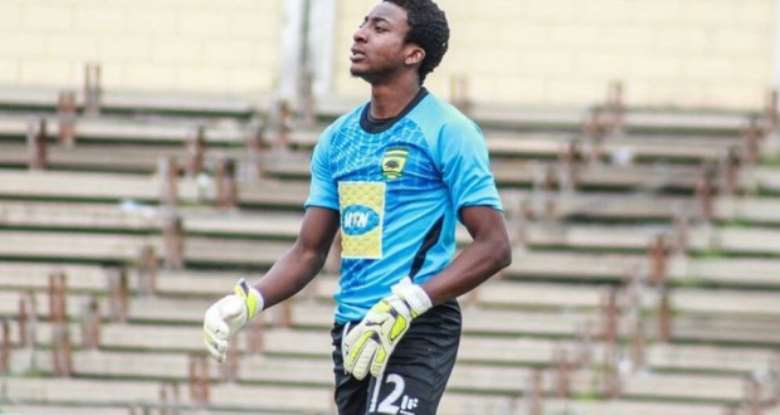 Of course, the quality of the Ghanaian Premier League has been on a downward spiral for quite some time but that doesn’t mean that there is a genuine lack of talent in the league. Kumasi Asante Kotoko’s Felix Annan is one such admirable talent of notable mention.

As a football fan, my heart aches when players are called up to the Black Stars but with the exclusion of Felix Annan. Even if he is called up to national duty, he is restricted to a place on the substitute bench!

I recount several games last season where Felix Annan came up with match winning performances and in the process, cemented his place as the best goalkeeper in the Premier League.

I find it difficult to fathom why the best goalkeeper on the local scene is repeatedly snubbed when it comes to playing for the national team. I do not know if it is because he is playing in the local league. If it is about age, then it becomes more disturbing because Annan has repeatedly proved his worth, making his age [23 years] more of a credit than a discredit to him.

I was disappointed when Annan wasn’t called up for the Nations Cup qualifier against Kenya. Instead, Richard Ofori and Lawrence Ati-Zigi were named.

It is intriguing because according to Wikipedia, Ati-Zigi has only played seven times for Sochaux since 2017. Mind you, I have nothing against Ati-Zigi. I am only flooring any argument one may raise with respect to the fact that our league has been on hold since the Anas exposé hence, Annan hasn’t had enough game time to merit a national team call up. The fact is that even when our league was on-going, Annan was still overlooked severally.

Note that as at the 10th of May, 2018, according to ghanasoccernet.com , Annan had notched up three man-of-the-match awards in the Premier League – a quintessential record for a goalkeeper.

“I am not worried for not getting a call-up to the Black Stars for Ghana’s clash against Kenya”.

“I believe at the right time, I will be given an invitation to play for the team so I will continue to work hard”, were Felix Annan’s words to Ghana Crusader Online Radio.

Annan may not be worried but as an avid follower, I am worried. I am worried because Annan is a top goalkeeper and it is doing our national team more harm than good for him to be continuously overlooked for selection

The appointment of James Kwesi Appiah as coach of the Black Stars was treated with enthusiasm from some Ghanaians because they felt that Kwesi Appiah would give opportunities to the local lads to showcase the stuff that they are made of…….and if the league’s finest goalkeeper hasn’t been noticed by the gaffer, who will?

Arise Ghana demo: They're political elements not professiona...
48 minutes ago