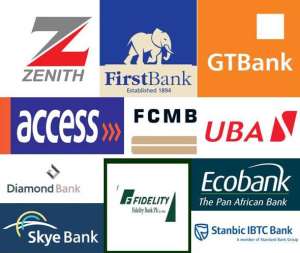 Would you take me seriously if I were to introduce an article in this manner; please, forgive me for any grammatical mistakes you might see in this article? You will reason that I am not serious, wouldn’t you? Of course, you would expect that proper scrutiny is given to an article before it is circulated in the public domain.

In a nation where democracy has been miscued for partisanship, it is very difficult to see any forthcoming progress.

The factor which ought to take preeminence prior to the election of any leader is the leader’s commitment to the development of the people he serves. Unfortunately, after elections, the tides turn and everything is reduced to a “for the love of my political party” mantra. Well, do we even scrutinize the promises of candidates before we elect them into power?

In the aftermath of the sacking of Hon. Boakye Agyarko, the Minister of Energy, a rather disturbing trend on the modus operandi of government and other institutions have emerged. The trend? It is becoming more and more evident that a lack of “the discipline of verification” has gradually crept into the various public and private institutions. The modus operandi is rather more synonymous to a “trial and error” system.

One unmistakable aspect of the proposed AMERI novation and amendment deal is that the President of the Land granted an executive approval to the deal before it was passed on for parliamentary approval. The question is, what led to the President’s decision to approve the deal? Can we deduce that the President acted on hear-say? Can we also deduce that there wasn’t any sort of review of documents [if there were any documents] pertaining to the NOVATION AND AMMENDMENT AGREEMENT OF THE BUILD, OWN OPERATE AND TRANSFER [BOOT] AGREEMENT BETWEEN THE GOVERNMENT OF GHANA REPRESENTED BY THE MINISTRY OF POWER AND AFRICA &MIDDLE EAST RESOURCES INVESTMENT GROUP [AMERI ENERGY] LLC, before the President appended his signature? Upon realization that the Minister of Justice and the Attorney General didn’t append their signatures to the proposed AMERI novation and amendment deal, it even becomes more amazing and disturbing…… What does being misled exactly mean? Should we give prudence to the sacked minister’s “When the dust settles, my side would be heard” post on social media?

Then comes the issue of the newly created Consolidated Bank Ghana Limited [Beige Bank Limited, uniBank Ghana Limited, The Royal Bank Limited, Sovereign Bank and Construction Bank Limited had their licenses revoked and were subsequently merged to form the Consolidated Bank]. A portion of the press release explaining why the banks had their licenses revoked reads “subsequent investigations conducted by the Bank of Ghana, revealed that similar to the case of Sovereign Bank, both banks [Beige Bank and Construction Bank] obtained their banking licenses under false pretenses through the use of suspicious and non-existent capital, which has resulted in a situation where their reported capital is inaccessible to them for their operations”…...Note that Beige Bank and Construction Bank per the press release, were granted provisional licenses in 2016 and were effectively launched in 2017………. So in effect, is the Bank of Ghana telling us in August 2018, [barely a year after issuing out banking licenses] that; instead of being thorough in their investigations, they rather hurriedly exposed the finances of the general public by opting to award the aforementioned banks operating licenses?

Then comes the issue of the double-track free SHS policy…..The National Association of Graduate Teachers [NAGRAT], Ghana National Education Campaign Coalition [GNECC] and the Ghana National Association of Private Schools [GNAPS] have bemoaned the government’s reluctance in consulting them as well as other relevant stakeholders in the Education sector with regard to the double track policy.

Then comes the sacking of ten staffs of the Social Security and National Insurance Trust [SSNIT] for possessing fake certificates, a revelation made known by the Director-General of SSNIT, Dr. John Ofori-Tenkorang. Among the culprits was Mr. Caleb Afaglo [the MIS Manager]. SSNIT’S independent evidence gathered proved that Mr. Afaglo’s qualifications were fake……How efficacious is SSNIT’S recruitment policy?

Notable mention can also be made of government’s decision to postpone the intended ban on fishing activities [which was scheduled to take place today, 7th of August, 2018] to next year. By taking such a decision, the government is giving prudence to claims that their policies and initiatives are not well thought of and properly scrutinized before it is released into the public domain. The multimillion dollar question is; what sort of consultations took place prior to the government’s decision of placing a ban on fishing activities? Is Joy FM’s Manasseh Azure Awuni justified in his assertion that with regard to the postponement fishing ban, government prioritized politics over policy?

My dear leaders, what has happened to the discipline of verification? Should efficient leadership be understood as coming out with policies and initiatives without efficient scrutiny and consultation, with the hope that upon trial, errors will surface and get reacted to? Has reactivity taken the place of pro-activity in our definition of efficient leadership?