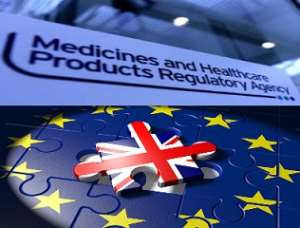 The Medicines and Healthcare products Regulatory Agency (MHRA) is an executive agency of the Department of Health and operates as a government trading fund. The Secretary of State for Health determines the policy and financial framework within which the Agency operates.

The Agency’s mission is to protect and improve the health of millions of people every day through the effective regulation of medicines and medical devices, underpinned by science and research.

The primary purpose of the MHRA is to enhance and safeguard the health of the public by ensuring that medicines and medical devices on the UK market are acceptably safe.

Both the MHRA and the National Health Service Chronic Fatigue Syndrome NHS/CFS hold and use sensitive information about organizations and individuals in order to perform their core functions and recognize the importance of confidentiality and security of this information.

It is important that any such information and documentation held, on occasion, is shared between the organizations if they are to perform their functions effectively. The MHRA and the NHS/CFS recognize that this exchange of information needs to be carried out responsibly and within the guidelines set out in this document.

This means the media collaborates with politics and pharmaceutical establishments in Britain. But things can change because in March 2004, 'The Guardian,' published about 'The riddle of the drug regulators,' the regulating authorities and the drug companies too closely interrelated.

Years later, July 10, 2012, also 'The Economic Times' reported about the criminal behavior of the MHRA and featured; 'Dogged with corruption, drug regulation is in poor health and ineffective.'

In the UK the MHRA first interference was to encourage health professional not to report adverse reactions. This was done in formal advice issued in the name of Chief Executive Professor Sir Kent Woods, telling health professionals that reactions can be “psychogenic”, or in simple terms a figment of twelve-year-old schoolgirls' imagination and nothing to do with vaccines.

6000 reports of suspected adverse reactions were systemically altered by NHS

According to inside data, 6000 reports of suspected adverse reactions were systemically altered by NHS/NHS resulting in the MHRA declaring the vaccine safe when it was not.

The next thing the MHRA staff did was to fix the final figures to make the rate of adverse reactions appear lower by substituting the number of doses given for the number of children receiving the vaccine.

Professor Woods and his associate Breckenridge, cannot claim to be ignorant of those facts. They must know that is the position. Nearly half of all reports included what the MHRA categorized as “psychogenic” symptoms are 'all in the mind' and could not, therefore be caused by the vaccine.

This raises the next question because; who instructed the staff of the UK's MHRA systematically to tamper with the reporting systems and with data in reports of adverse reactions by medical professionals to Cervarix HPV vaccines given to millions of British Schoolgirls from December 2008 to July 2012?

Also who instructed that none of the adverse reactions reports should be followed-up and conditions of the children investigated? There is little point having drug safety monitoring if the data obtained from it is ignored. The MHRA hid the conditions in those cases which were reported.

Regulators' trail of deception has been exposed

On October 23, 2012, Andrew Miller, the chairman at British parliamentary select committee investigating the sub-standard regulation of medical devices, has said that a 'trail of deception' has been exposed in the system.

In the wake of The Daily Telegraph's disclosures about loopholes in the system, dozens of patients and doctors contacted this newspaper to demand immediate reform. And Miller said that the investigation had exposed behavior that is 'not within the current spirit of the regulation and my judgment of that is it is not within the legal interpretation of the regulation.'

Earlier on January 31, 2012, Horton said: “The MHRA has been well aware of the risks of serious device failures for some time, but it has barely begun to address these concerns,” Horten continued; “The operating principal at the MHRA seems to be: of nothing until something goes wrong.

The MHRA’s mission is to enhance and safeguard the health of the public by ensuring that medicines and medical devices work and are acceptably safe, yet they failed its own admission, unable to fulfill this mission.”

Currently, the MHRA is the UK’s ‘competent authority’ for device safety and reports directly to the Secretary of State. However, the actual assessment of the technologies is carried out by 70 ‘Notified Bodies’ across Europe, which are responsible for issuing the CE Mark certificates.

Horton said: “In other words, device regulation in the UK is outsourced to third-party organizations which may be operating to different standards. The MHRA periodically audits Notified Bodies, but does not itself, unlike for medicines, scrutinize safety and effectiveness data.”

Last summer similar fears over regulatory failings were raised by the UK Committee on the Safety of Devices. Minutes of a meeting in July 2012, state: “The CE marking provides a smoke-screen for faulty and dangerous devices that place patients and surgeons at risk. This is not just a UK problem. It is a worldwide global problem that needs to be dealt with.”

In the same period, January 14, to be exact, the MHRA is supposed to be here to protect patients by licensing, regulating medicines, and medical devices, to make sure they are safe but they failed. Over the years I have followed the work of MHRA and I have to say the organization is useless.

In order to prevent certain actions by the Britsh government on July 7, 2011, senior researchers are calling for legislative change to prevent the UK’s drug regulator from destroying old evidence.

The Medicines and Healthcare products Regulatory Agency (MHRA), routinely destroys all the evidence about the benefits and harms of the products it approves. After 15 years, Professor Peter Gøtzsche, from the Nordic Cochrane Centre in Denmark, revealed in the British Medical Journal BMJ.

“But the MHRA informed us that it no longer holds the requested reports,” says Gøtzsche. He explains that, under MHRA record management policy, all application files and data for licenses are held for 15 years.

After this period, files are destroyed unless there is a legal, regulatory, or business need to keep them, or unless they are considered to be of lasting historic interest...

The British Medicines and Healthcare products Regulatory Agency (MHRA) has forbidden Swedish authorities to reveal Strattera suicide data. A release in Sweden of the data about suicides and suicide attempts from Eli Lilly's Strattera is said to hurt the relations between the two countries.

On March 10, 2006, the data about the harmful effects from the ADHD drug Strattera were revealed in a document from December 9, 2005, written by the British MHRA and sent to the Swedish Medical Products Agency.

The main part of the information was classified and not released. Thus; the full assessment of all data about suicidality withheld from the public.

That review, on which MHRA based their conclusions was made by the manufacturer, and now MHRA has forbidden Sweden to release Lilly's review.

In a decision made by the Swedish MPA, as a result of a new FOIA-request, it is written that contact has been taken with the British authority MHRA and that the release of Lilly's suicide review would hurt the relations between the two countries!

Thus, the review cannot be released. The MHRA, as well as FDA and other national medical agencies, are supposed to be 'watchdogs,' to protect the public from harmful effects of dangerous drugs.

But it seems the MHRA now gives the directive to other countries to hide the information about Strattera suicide data. This is a big medical scandal.

All information about the harmful effects of this psychiatric drug should now be made public by the medical authorities and an impartial evaluation of the data should be done.

A psychiatrist should no longer be allowed to prescribe poisonous drugs to normal children; children who do not have any objective abnormality but whose behavior are deemed inappropriate.