Will The Coronavirus Stay With Us Forever? 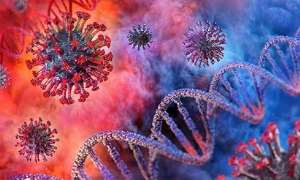 Will the coronavirus be with us forever? This is the question many want to know. However, it may remain a part of our daily life for the next three years and will not disappear even if a vaccine is found, warned scientist Hendrik Streck, whose opinion is quoted by the British edition of Metro.

Professor Hendrik Streck, a renowned German virologist, predicted that there would be regular outbreaks of Covid-19 around the world until at least 2023.

The virologist led the response to the pandemic in Heinsberg, one of Germany's worst-hit areas. He said: “This virus is not going away. Now it has become a part of our daily life. He will be here in three years, and we must find a way to live with it. "

The scientist said social distancing will continue to be the most effective way to contain the coronavirus in the coming years. He predicted that large outbreaks would be triggered by super-spreading events such as house parties.

“We know that social distancing, avoiding large groups, and covering the face can have a profound effect on infection,” he said. "These are simple measures that can help stop the spread if you have a high infection rate."

Prof Streck added that the vaccine probably will be found, but warned that it may not be produced quickly. He said, “The vaccine may be the answer, but we don't know. We will probably have a vaccine, but it could be next year or longer. ”

The World Health Organization has previously said it hopes the pandemic will end in two years. This projection was based on the 1918 Spanish flu pandemic, which took two years to overcome.

Which flu strains are coming this year to meet the coronavirus?

While the whole world is fighting the coronavirus, the time is approaching to fight the flu - the seasonal rise in incidence occurs in autumn and winter, and vaccinations are starting now.

This year, WHO notes less influenza activity: in the southern hemisphere, its season has not yet begun, and in the northern one - activity remained below the off-season level. True, it is too early to draw conclusions.

"Current influenza surveillance data should be interpreted with caution, as the ongoing COVID-19 pandemic could have affected health-seeking behavior to varying degrees," the World Health Organization said.

In addition, the pandemic may have impacted staffing levels as well as testing priorities and capabilities. Various hygiene and isolation measures adopted by the Member States to reduce transmission of a SARS-CoV-2 virus may also have played a role in mitigating influenza virus transmission.

New strains are indeed expected in the upcoming epidemic season. It became known about them in advance thanks to the work of WHO - it constantly monitors and issues recommendations on what strains should be included in the vaccine.

According to the WHO website, seasonal influenza A viruses made up the majority of the total number of detected cases worldwide.

Everyone is advised to get the flu shot, but there are special risk groups. WHO counts among them the elderly, pregnant women, children under 5 years old, people with chronic diseases, and immunosuppressive conditions, HIV, chemotherapy, malignant neoplasms, etc.