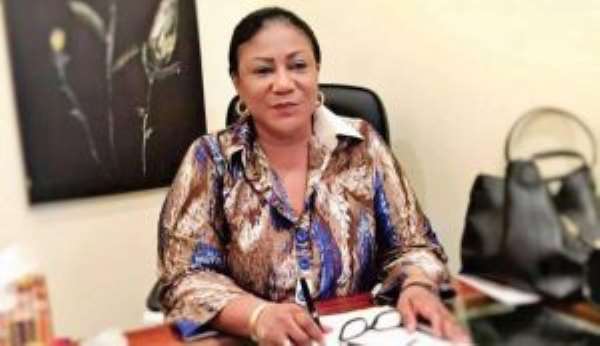 Ghana's First Lady Mrs. Rebecca Akufo-Addo has called on the private sector to join the fight against Malaria to enable the government eradicate the deadly mosquito transmitted disease in the country.

According to her, private sector participation in malaria prevention is the surest way of supporting the government in sustaining healthy society thereby leading to wealth creation.

Mrs. Akufo-Addo made the call when she launched the Malaria Safe initiative in Accra. The initiative is developed by the UK Department for International Development (DFID) and funded by the Private Sector Malaria Prevention (PSMP) project of the Johns Hopkins Center for Communications Programs.

She noted: “The Roll Back Malaria Partnership has broken the firewall around our old foe, and access to malaria prevention interventions specially-Insecticide Treated Nets (ITNs) have been proven to increase productivity, encourage market expansion and boost household spending. This surely is a low-hanging fruit the private sector must pick”.

Mrs. Akufo-Addo therefore called on the Ghanaian business sector to rise to the occasion and embrace the goals of the Ghana-UK PSMP project and its Malaria Safe initiative”

“Effective enrollment in this partnership and application of the malaria safe pillars, would go a long way in enabling the private sector, donors, civil society and government work towards a common vision of a malaria-free Ghana.”

The British High Commissioner to Ghana, Jon Benjamin, assured the country of the continuous support and partnership between the two countries.

The Country Director for the Johns Hopkins Centre for Communication Programme, Emmanuel Fiagbey, noted that malaria affected 212 million people worldwide in 2015 and resulted in estimated deaths of 429,000 people annually.

According to him, malaria accounted for about 38 percent of all out-patient visits and 48.5 percent of deaths among children under five in Ghana

Mr Fiagbey cited a report by the malaria journal which revealed that businesses in the country lost GH¢25 million and nearly 4,000 working days due to malaria between 2012 and 2014.

Also, the programme would work with manufactures, distributors and retailers to help expand the commercial sector's ability to sell ITNs in urban retail markets.

“Companies that partner with the PSMP project and adopt the 'Malaria Safe' pillars will be making strides that will lead to a malaria-free future,” Mr Fiagbey.