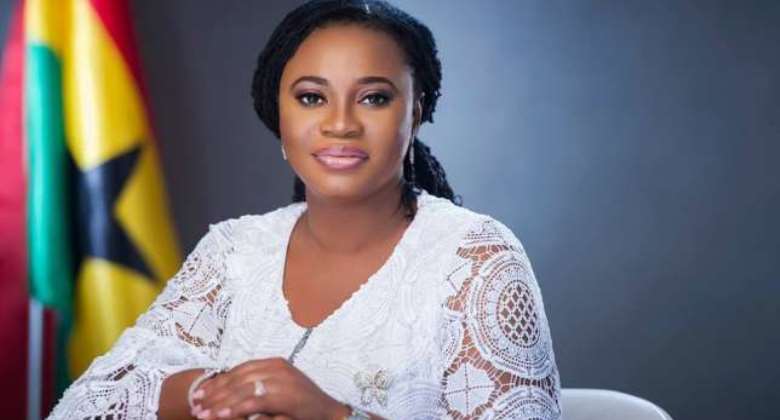 The December 7, 2016 general elections are over and the main opposition party of the NPP led by Nana Akufo-Addo won a landslide victory defeating the incumbent President John Mahama and his NDC-led administration. Prior to the general elections, rumors of impending postelection violence, direct or indirect threats on the Electoral Commissioner’s life, and the overall tensions reached their climax in the country. Almost all the political parties, save the ruling NDC party, were understandably sitting on tenterhooks and harboring uncertainties about what the EC was up to. The opposition parties were wondering whether or not President Mahama and his ruling party operatives would conspire with their handpicked Electoral Commissioner Ms. Charlotte Osei to rig the December 7 elections.

The opposition parties’ pre-election fears and misgivings were not overblown, because this part of the world (Africa) has notorious reputation for election manipulation in favor of the government of the day. Looking at the pre-election actions or inactions of the Electoral Commission in general and more precisely that of Ms. Charlotte Osei, it was obvious she was under tremendous pressure “from above” to cook the electoral numbers for Mr. Mahama to retain the presidency. It was elaborately subtle, and complicated electoral rigging scheme, yet it could have been easily achieved had it not over-the-top and sophisticated vigilance of disillusioned Ghanaians, including the main opposition party—NPP.

Interestingly, a great deal of Ghanaians have since been heaping praises and compliments on the EC, Ms. Osei, for conducting “free and fair general elections” as if that was her genuine choice or it was an election outcome she had wanted. No doubt, the EC had wanted her “best buddy” President John Mahama to win the December 7 general elections. Even if no concrete proof existed to buttress any claim of election rigging, there were strong circumstantial markers everywhere before and during the elections’ days that pointed to that effect. On that note, the postelection adulations bestowing on the EC were undeserved and misplaced.

Surely, the EC and her team were taken off-guard by the unexpected pathways of the election results. Similarly, President Mahama and his inner circle party members were shell-shocked as they began to learn to their chagrin that they couldn’t do much to doctor the results of the December 7 general elections. This brings us to the examination of the following legitimate questions: Why did it take a long time before the EC came out to declare the winner of the presidential election when it was crystal clear to the whole world that Nana Akufo Addo had already won? What was the EC waiting for under the lame pretext that the Commission was making sure all the results were accurately cross-checked, although all the political parties had already found out on the so-called elections’ pink sheets?

If President Mahama and the NDC were truly winning the December 7 general polls back then, would the EC’s approach be the same as the excuse that “We have 72-hour time limit so let’s wait and make sure everything was correctly collated”? In other words, why did the EC wait till her “best pal” Mr. Mahama conceded defeat to his main challenger Nana Akufo Addo before declaring the winner? What was holding the EC from announcing the general elections already won by the main opposition party?

Perhaps the best answer was that the Ms. Charlotte Osei was appointed to deliver one and only one mission: That was to ensure the reelection of President Mahama at all cost. Since that rigging mission was crumbling from within under the EC’s watch, she was most likely disappointed, confused, embarrassed, and hence didn’t have the courage to declare her bosom friend Mr. Mahama as the loser.

So here is why the Electoral Commissioner Mr. Charlotte Osei may be the happiest person in Ghana now. Keep in mind she was put in a very tenuous situation to deliver, at least, the presidential election for her boss-friend; but, the events on the grounds got out of hand. There was nothing she could have done differently without getting caught by the almost 54% discontented and eagle-eyed Ghanaians

On the other hand, the EC couldn’t have looked in the president’s eyes and delivered such a devastating electoral blow to him. She had to play wait and see game till President Mahama had ample time to lick his deadly wounds sustained from the elections. When the president finally called Nana Akufo Addo and also came out publicly to accept defeat, the burden and pressure were lifted off from the EC’s fragile shoulders. After all, she didn’t declare Mr. Mahama the loser; it was the president himself who came out first to concede, making it relatively easy for Ms. Charlotte Osei to follow suit.

It was a huge sigh of relief for an Electoral Commissioner clearly torn between personal friendship loyalty to the president and that of the supreme interest of the entire nation. In Britain or in the United States, for instance, the choice for the EC under this circumstance would have been clear-cut, but in Ghana/Africa, the majority of public officials opt for their personal interests as opposed to their countries. That was the bind Ms. Charlotte Osei was in when she was dragging her feet in coming out to declare the winner in December 7 elections.

Now, unlike the EC who has no apparent national pressure on her, most Ghanaians have unrealistic postelection expectations of their president-elect, Nana Akufo-Addo, to meet his pre-election promises. Political campaigning is one thing, and actual governing is entirely another ballgame. More so, Nana Addo is inheriting one of the most corrupt governments in Ghana checkered history. There are a lot of (mis)deeds and traps from the previous regime he may not discover until he gets to office. Ghanaians don’t care about all these genuine realities. At all cost they expect the government to be their socioeconomic engineer, regardless. This can’t be a happy time for any serious incoming president. Ms. Charlotte Osei, on the other hand, can go on long vacation now without hearing any accusations of attempt to rig elections or bias toward the opposition parties. She doesn’t have to deal with politically-tensed elections and angry Ghanaians till 2020. Of course, the EC is the happiest individual now!

The writer is United States-based social critic. He can be reached at: [email protected]

Joseph Yamin to clear weeds in all abandoned Mahama projects...
22 minutes ago