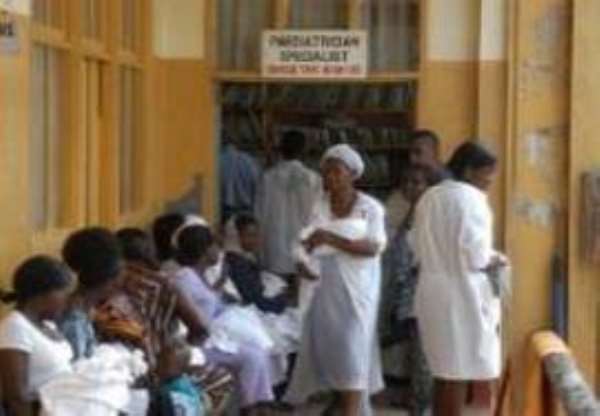 According to him, management of the hospital have put in place measures, including early referrals by other health facilities to their outfit and total support and cooperation from family members of pregnant women sent there.

He asked midwives in all the sub-health facilities in the district to cooperate with all trained traditional birth attendants and encourage them to refer their clients to the hospital for delivery, if the need arises.

Dr. Bentil indicated that, still births recorded in the facility increased from 88 in 2012 to 102 in 2013, adding that, the increase was due to late referrals to the hospital.

He said this was not the best and entreated midwives in all the sub-health facilities in the district to counsel pregnant women on the need to attend antenatal clinics prior their delivery and also to take the full course of medication given them as directed.

The medical Director said some of the achievements recorded at the facility during the year under review included the establishment of a psychiatric and electrocardiogram units and the health screening of all the hospital staff.