Shisha is as dangerous as cigarette – FDA warn users 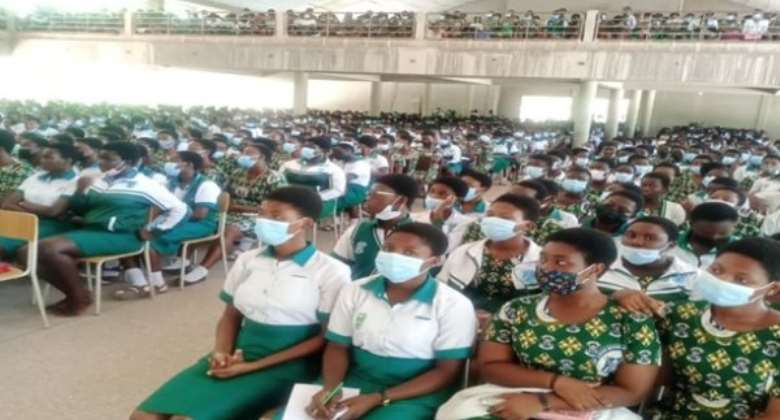 The Food and Drugs Authority (FDA) says the smoking of shisha is as bad as smoking a cigarette, disputing the perception that the tobacco in shisha is flavoured and passes through water before consumption.

Mr George Mensah, a Senior Regulatory Officer of the FDA, who debunked the assertion, said shisha contained carcinogens and nicotine and for that matter, a regular shisha smoker was at risk of similar health problems faced by cigarette smokers.

Addressing students of the St. Louis Senior High School in Kumasi, as part of a public sensitisation on the use of tobacco by the Ashanti Regional Office of the FDA, Mr Mensah said the volume of smoke in an hour-long shisha session was estimated to be equivalent to smoking between 100 and 200 cigarettes.

The public sensitisation exercise aimed at protecting the youth from the devastating health, social, environmental and economic consequences of tobacco consumption.

It forms part of efforts to provide a framework for tobacco control measures to be implemented at the national, regional and international levels to reduce the prevalence of tobacco use and exposure to tobacco smoke.

“Exposure to the ultra-fine particles inhibits blood vessels to get larger when they need to and makes platelets sticky, which leads to more heart attacks,” Mr Mensah said.

He said there was no safe form of tobacco use, saying that “tobacco, whether smoked, chewed or sniffed contains nicotine which is highly addictive and deadly.”

Tobacco, he said, contained about 7,000 toxic chemicals, 70 of which could cause cancer.

He mentioned curiosity, peer pressure, family history, anger and boredom as some of the factors that influenced the decision of most people to smoke and urged the students to stay away from tobacco to safeguard their health.

They should not succumb to peer pressure but stay focused on their education, adding that smoking could only ruin their future.