A letter to Dela Coffie 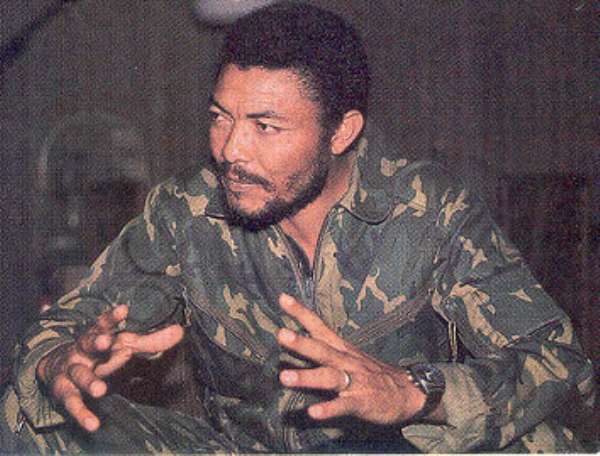 Your traitorous campaign against the National Democratic Congress, especially during the final stretch of the December 2020 elections, has been a toxic mix of hypocrisy and ignorance firmly held in the hand of a sycophant whose cup is full.

It is unconscionable, disrespectful and, quite frankly, brutish to mar the legacy of Jerry John Rawlings — an iconic and enigmatic statesman — in this most uncouth style.

His career spanned two highly eventful decades; it's dishonest and misleading to base, within such an illustrious career in public service, the sentiments of a historical muse, with a fascinating mind, on a few relatively trivial dissenting views.

I am even more disgusted, although not completely surprised, by your sheer audacity and false sense of entitlement to speak on behalf of a political colossus who just recently bit the dust.

The two main sides of Ghana's political divide — especially high-ranking statesmen; both past and present — have demonstrated respect and, on principle, are hesitant to evoke his memory in a vile manner for political gain.

You cannot acknowledge, within your heart, that you are a free man until you exorcise your soul from this cult-like devotion you harbour for Akufo-Addo — no discerning citizen in Ghana today believes the sitting President is not corrupt.

Your finite time and potential, fellow citizen, can be put to better use — this, in my humble opinion, isn't the best way to honour the memory of Ghana's longest-serving Commander-in-chief.