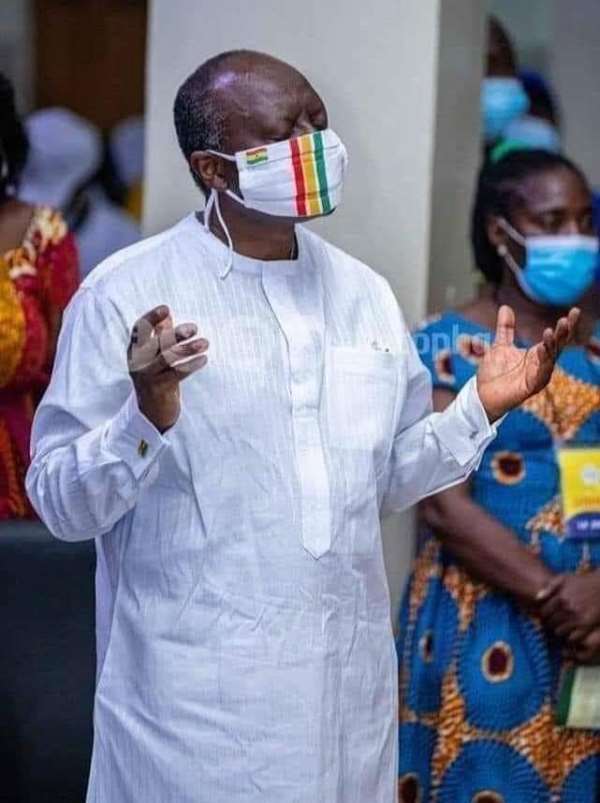 Growing up, I used to hear that thieves too pray before they go on their "operations". It sounded funny and unbelievable. But I also heard that criminals and the unrepentant sinners were the most devout worshippers of God. Various preachers I have listened to have stated that Christianity was not meant for the righteous but the sinner, and I agree with them.

Later in life, I began to hear about politics. I haven't met many politicians, but whenever I hear of a politician who swindles the citizen or hear of a fraudulent businessman, the next thing I am likely to find is that he is also heavily religious.

The preachers(Jesus and the many I have heard preach) opine that the church is a place for the confession of sin and repentance. And this makes it a welcoming place for every kind of sinner. But to the members of the church who keep going there every Sunday for a fix, the church and Christianity is a holy place and religion respectively, meant for good people.

They try to propagate this because they feel ashamed of what their members are truly made of and therefore try to create some sort of divide and make it seem to the outside that once any evil person becomes a Christian he must become good or he is not a real Christian.

But this is neither a fact nor the truth. Let me narrate it this way: For the love of money, the owner of the churches need everyone to add to the number. I have not heard of one preacher who had rejected money because it was donated by a known thief or a corrupt politician. If these people came to the church to confess and repent off their sins, the preacher certainly knows their sin and should endeavour to prevent them from relapsing, but do they ever care?

Jesus returned the loot of Zacchaeus, but today's preachers bless the thief so that he can successfully rob more and give the church more.

On the other hand, the members (let me call them poor members) of the church wish to be seen to belong to a good or clean organization so that they too can win favours in the eyes of those outside the church. Many a time their real nature is seen after the favour is gained.

In some case these cruel and corrupt politicians and businessmen even own the churches. Where they don't directly own it they are among the most influential people in the organization which makes it impossible for them to be sidelined or even corrected when they are wrong.

I recently engaged a middle age man for some business. He was supposed to purchase some items for me and deliver them at a cost. He was a very calm person and would even thank God for being able to greet you. As harmless as he looked, he also blames politicians for the woes of the Ghanaian.

He accuses them of fraud and appears worried that they play tribal cards to win votes. He thanked God for not being a footsoldier. But he was also a student politician in his university days.

Once, we were around Legon and he wanted to take lunnch at the "bush canteen". On our way he unexpectedly run into a guy with whom he had attended university.They talked at length about their university days, politics and corruption. Whilst in the midst of it his friend, Gbagbladza mentioned how some monies had disappeared whilst they were student leaders. After making the point "Gbagbladza" began to heap praises on my business partner, he praised him to the point that I began to imagine that he was one of the very few genuine guys then as student politicians.

My business partner was so excited about the praise singing that he actually paid for Gbagbladza's lunch. And did not stop reminding me of what Gbagbladza had just said about him whilst we drove back. It looked like he had a very fragile ego that just needed a soft massage (I will think later) because he actually borrowed the money that he had used in making payment for the lunch.

Interestingly, however, even whilst he was happy for being praised as a good guy, he was telling me a lie about the cost of goods and services ( this would be realized only after several months of engaging him when he had also almost succeeded in robbing me).

He will demand 25 to buy me an item which cost 20 and still accept my tips and fuel money back home. He will claim to be in church on Friday to Sunday whenever he needed to pay back monies owed. But you just have to suggest that you wanted him to make some purchases for you in order to know he is telling a lie.

This is a very common nature of people who come publicly with religion. Thy are actually like the Pharisees that the man Jesus was recorded to have warned a crowd about saying, “The teachers of the law and the Pharisees sit in Moses’ seat. So you must be careful to do everything they tell you. But do not do what they do, for they do not practice what they preach."

This should be a message that should make us very careful of men who are full of thanking God to make their religiousity known, for they mostly do that so that you can lose your guard for them to fleece you.