The Leader Ghana Does Not Deserve 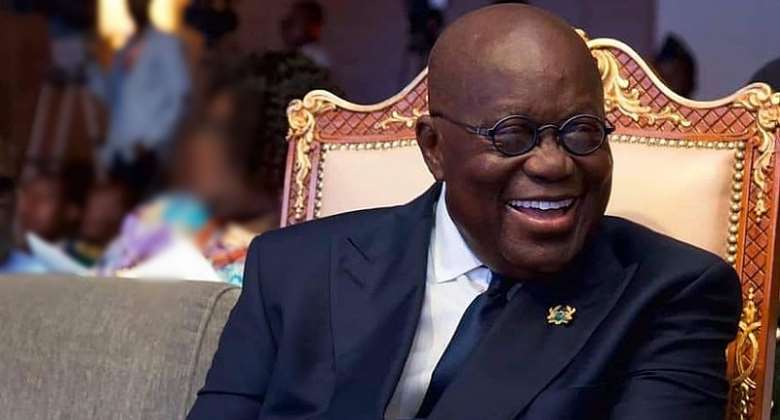 We don’t wake up to see handcuffs around our wrist, shackles on our ankles, denied bread or water and then told to accept another random man to drive us home.

It has been a few decades since the last soldiers refused to be cowards and toppled a government that they didn’t want. Looking back, they might have toppled those leaders for less. Maybe I didn’t live at the time so I am assuming that they weren’t worse.

I am however, glad I had at least witnessed the democratic selection of the drivers that followed. From times when the sea waves had washed away roads, to when it had washed away homes, and gutters were choked, I have seen governments attempt to be relevant. Act to make citizens feel the benefits of taxation, not just that, some have gone into the gutters themselves to clean up the cities to inspire the citizens to take their destiny into their hands.

We have also seen elected officers dissipate state owned corporations and shared the assets left among themselves. They became rich in the process. No one chased them for the loot, and the money they stole enabled them to afford to offer gifts to random poor people which became their means of buying some respect and influence. This also served to motivate a section of the citizens to also join the queue in politics.

Regardless, how low we sunk, the worse of the leaders we didn’t need were still lurking in the dark. They started off by opposing taxes, pretending to awake citizens and telling them how there was so much money that we don’t even need taxation to survive.

I agree, and I am sure many others also agree that the volume of natural resources we have as a nation is enough to build us paradise without taking a pesewa in direct tax from any citizen. The taxes are being collected anyway, and citizens have since reluctantly paid. Sometimes when they drive on a fine road and see how the government builds them a sea defense or a beautiful school block, or a bridge they are encouraged to pay willingly with so much joy.

Nations grow towards a positive future, but here, the change seems to be for the worse. The evil change is not even happening slowly and this makes it very scary. Citizens are beginning to notice suddenly that in spite of the responsibilities they have tried to fulfil to the state, the police are unable to prevent criminals from looting out state. “Thieves of State” have found their way into government, and citizens are pained that the military and police that are surviving on their tax are dedicated to protecting and defending these criminals but not the citizens. The nation is sinking by the day, citizens are being forced to pay even more taxes when there is no evidence that what was collected earlier was used for their benefit and citizens are wondering what kind of people have hijacked their country.

Flirting with mistresses have been an age-old problem with leaders. This was said to be the holy method that God used to invite the terrible Abacha of Nigeria over. It exists everywhere, and whether a leader flirts in Pajamas or does that with an alleged HIV infected TV personality it is none of our business. However, our concern is why the nation’s tax should be used to hire expensive private jets just because a leader needed to treat his lesbian mistress with class.

The leaders we don’t need seem to be driving us into an abyss and we seem to be looking on with those who share a tribal with these leaders being the most confused. Whenever an intelligent argument comes up against the leader it soon degenerates into tribalism. His confused tribesmen suddenly begin to think their tribe is under attack and must be defended at all cost or they will rather not get involved because those mobilizing don’t bear their kind of name. This practice had played beautifully into the hands of leaders we do not need.

Jus a few weeks ago, the coast of the South Eastern part of Ghana was ravaged by the sea. Even Mobuto Sese Seko, the late despotic leader of DR Congo would have seized the opportunity to visit the wife of Patrice Lumumba to show the world that he was human too. However, the disaster happened to be the right time for the democratically elected president, His Excellency, William Addo Dankwa Akuffo Addo of Ghana to take a holiday trip abroad. It baffles me to imagine that over 100,000 people from the region voted for him in the last election. Maybe he understands politics to be the new tribal war and so the tidal wave was the doing of his ancestors to destroy their arch-enemy the Ewe (Evhe) ethnic group and so he doesn’t need to interfere. The destruction of the homes of people who pay their taxes for him to manage is simply a victory for his tribe. What a Shame!

How can a nation like Ghana be cursed with a leader like this in the 21st century? He was passed of as a human right lawyer, a Black Lives Matter sympathizer, A Democrat, the list goes and we believed all. He is lording it over us now and the evidence from his records is nothing close to the beautiful accolades. Do we really need to give everyone a four-year term even if their actions are traitorous to the state?

His true colour as a tribal bigot was not long in rearing its ugly skull when a truck carrying explosives detonated near a small village in an akan district killing about a dozen and destroying even fewer houses than had been destroyed by the sea at Keta. The shameless leader this country does not need suddenly became aware of his country. It did not take him an hour to start twitting, directing NADMO and making promises to rebuild the village and pay hospital bills. Maybe this is what he understands as leadership, but for those who are recovering from the damages caused by the tidal waves at Keta, such happenings in the akan areas where their hater loves and cares about simply makes them smirk. A nation of people hating themselves, caused by this hateful and vindictive leader. How can this be the leader that human beings voted for?

Reports suggesting we have accused police of 'hiding' interc...
58 minutes ago