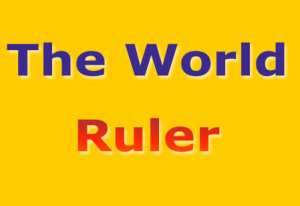 The day had come, long prepared for. Letters and documents were exchanged, sad and disappointed faces shaped. Darkness laid in all their eyes, their hearts were being wild, nights not slept but stayed up until the early morning hours. Their minds refused to believe what had been presented to them, what was about to be voiced by witnesses. Never in their time did they think they would be about to write history confusing the country and most certainly civil unrest with dead bodies lying in the streets of the nation. Clashes and destruction would be unavoidable in the Kingdom of Ghana and beyond. People would lose hope, their trust would be tested, their loyalty was sworn in limbo. All of them knew about the responsibility put on their shoulders. One of them was even admitted to 37 Military Hospital in Accra for serious treatment for which reason their meeting with the representatives from London had to be postponed on several occasions. But now this member of them had recovered ready to hear the delegation from London. After all, all of them knew the mandate they had been sworn in to protect years back, a mandate easy to perform on but at this moment in history they all wished to find exile abroad. Running away from their duties and obligation was after all not an option, therefore they're gathered in an office around the Office of the Prime Minister on neutral, but the occasion matching grounds. The meeting had to take place in strict secrecy, no information was supposed to be leaked to the public and media in any way. All were sworn in to keep it that way or face severe punishment in prison. Even the London delegation had arrived as tourists from London to make eyes blind and cover up their real intentions. The delegation of three stayed in the houses of their families in Accra, Bergo and Kumasi before joying together in the meeting hall before the light brownish door behind which the Council of elders had gathered waiting patiently for the members of the London delegation to put before them their claim supported by evidence. All Heads of the Armed Forces and Intelligence Units of the country were asked to be present.

The delegation took its seats before the long table behind which the five Council members were seated flanked by the other participants of the secret meeting. The spokesman of the Council of Elders, George Agyekum, an old man with a long-standing history in Ghanaian politics exposed to England during his studies of law at Cambridge University welcomed the London delegation asking them to make their claim and present their final evidence to them. The members of the Council of Elders were tense, their nerves highly on alert.

Kwame Owusu started to explain: "Dear honourable members of the Council of Elders. By the constitution of the Kingdom of Ghana are you, the five honourable people sitting right in front of us, mandated to see when and if the King of this nation has violated the mandate entrusted in him by the good people of Ghana in many aspects of his performance to mention two, calling for war or corruption. We are here to declare and to present evidence that King Thomas has just done that. He had engaged himself in serious corruption and we have sent you already evidence to this effect because of which we all have gathered here to disclose more evidence against King Thomas, a German wicked mind who has harmed the integrity and interest of our nation in the worst of all ways. The reputation of our people is at stake and you have the mandate and responsibility to prove to check all our evidence and witness accounts and after you have given it careful examination and consideration, you, like us, will see that not only our evidence and our witness testimonies are real and true but will come to the same conclusion like us that King Thomas must be removed from the throne and put behind bars with immediate effect. We have not come to put pressure on you in any case, please get our motivation right, but to work by the law book and constitution of the new Kingdom of Ghana. All your experts sitting here in this very room have had the chance during the past weeks, yes, few months even, to cross-check all our evidence that we present today to you in person. As we were called and invited to come to you today to discuss the matter involved face to face as the final stage of the process we are confident and certain that all your collective brains in this room independently from us have undertaken their obligations and mandate given, that thy cross-checked all our evidence and testimonies to the effect that what we stand on is the truth, nothing but the truth. Therefore we have come to call on you, the members of the Council of Elders formed once after the Greek ancient history, to take your rightful decision and get King Thomas arrest and locked up for life in prison. For far too long did this German from Bavaria mess up not only our great and strong Ghana, our beautiful nation that we black had managed so well on behave of our people, but the entire continent. To establish new Kingdoms across the African continent is another attempt by the white race to interfere in African politics and bring us all further apart and district African unity. For years now we have seen on our very own continent that the white people have selfish interests, sent their troops, loans and aid support down here to steal our national resources and confused our people to the effect they can control them better as a poor mind is an easy target for control, an intelligent mind is much harder to manipulate. For far too long have the white people tried to buy Africa through the back door based on our high indebtedness to pay for infrastructural intervention that makes our people happy giving us the chance in our democratic settings to stay in power for our friends and families. Only a well-educated strong and united elite of black people can lead nations and the entire continent. We all must work hand in hand at the top to lift our poor people onto a higher level of a better life. What once the First President of the Republic of Ghana, Doctor Kwame Nkrumah, once said that when the black man is finally free he can manage his affairs...now the time has come again to prove to mankind that these great and historic words stand the test of time and are for real as they are so true. Therefore we stand before you ready to give you any further evidence of the corruption cases King Thomas was involved in for which reason, by our constitution, he must be arrested by you and put into prison for life."

George Agyekum looked at the papers on the table, the recordings, the video testimonies prepared, evidence he and his fellow Council members had again and again studies in months before, questioned their credibility, asked the Armed Forces and Intelligence people to dig deep into the matter to find any loophole and sign for the fraudulent case presented before them. No sign was to be seen anywhere in any of the documents presented to them of the being not genuine and real. He said: "Thank you for coming to us in person and make your claim. Indeed, it is our constitutional mandate to protect the country, the new kingdom of Ghana, not on political grounds and political affiliations and belief, but entirely on the interest and safety of our Kingdom and evidence that speaks against this safety and the interest of our people along the mandate once given to our King Thomas. For that very reason we have seen all your documents and as much as some of us are shocked and down in tears, still behave a mandate and perform on that mandate with a clear mind and not any emotions." He looked around the room and into the eyes of each one present. He saw faces not moved by any words spoken while others looked down into their hands in disbelief. A needle could have fallen to the tiled floor and it would have made a sound like Big Ben and the Vatican bells combined to torment the minds and hearts of all present. "As we have a role to play in the new Kingdom of Ghana, we will not rush into any conclusion but sit down together for as long as it takes to conclude. We ask you to leave the room now and wait outside for our decision."