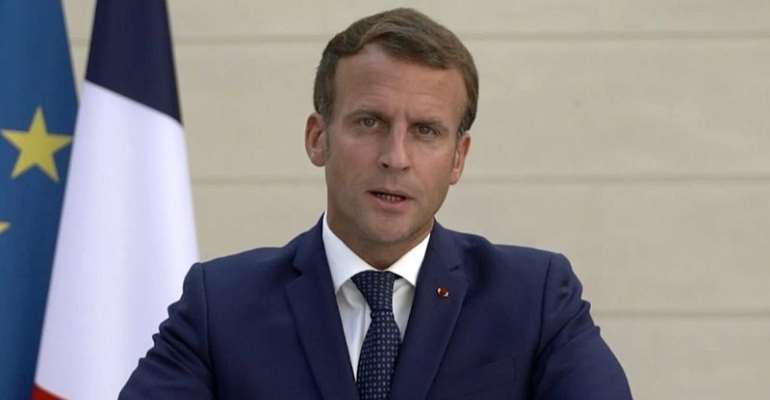 French President Emmanuel Macron urged the world nations to work together against Covid-19 and not be dominated by a China-US rivalry in his address to the annual United Nations General Assembly on Tuesday.

In a pre-recorded video address to the United Nations General Assembly (UNGA) in New York, Macron said the coronavirus pandemic underscored the need for nations to work together in new ways.

“The world must not be dominated by the rivalry between China and the United States, no matter how much weight these two great powers have,” the French president said, calling on the international community to “build new alliances”.

Macron made the remarks after emphasising the long-term changes in international order that would follow from the Covid-19 pandemic.

Macron warned the pandemic had set back many of the issues at the heart of the UN since its foundation 75 years ago, including in the domains of poverty, education and women's rights.

Trump attacks China
Hours earlier, United States President Donald Trump used his declaration to blame China for the coronavirus pandemic and defending his own handling of the crisis.

“We have waged a fierce battle against the invisible enemy, the China virus, which has claimed countless lives in 188 countries,” Trump said in a prerecorded address.

With the death toll of Covid-19 in the US reaching 200,000 on Tuesday, Trump is facing criticism for his handling of the epidemic, including from Democratic election opponent Joe Biden claiming the president was responsible for the US having more deaths than any other nation.

But Trump has frequently sought to blame Beijing for the pandemic, citing the virus's origins in China and claiming the Chinese government acted irresponsibly in allowing it to spread.

“The United Nations must hold China accountable for their actions,” Trump said.

“When the international community is really fighting hard against Covid-19, the United States is spreading a political virus here in the General Assembly,” China's ambassador to the UN, Zhang Jun, told reporters.

“I have to emphasize that the US noise is incompatible with the general atmosphere of the General Assembly.”

Chinese President Xi Jinping delivered a mild-mannered speech pledging contributions to a UN fund on the pandemic and warnig the world not to “politicise” the fight against the virus.

“China has no intention of entering a Cold War,” Xi said.

UN Secretary General Antonio Guterres also warned “we must do everything to avoid a new Cold War” in his opening address.

Macron emphasises global security
Like other leaders unable to attend due to Covid restrictions at the UNGA, Macron sent a prerecorded declaration streamed to a near-empty room in New York and streamed online.

In a nearly hour-long address touching upon a wide range of topics in international security, Macron said France was working towards a new meeting to resolve the crisis in Libya and called on Russia to account for the poisoning of Kremlin critic Alexey Navalny.

He warned Turkey to respect European sovereignty and international law in the Eastern Mediterranean and said that US pressure was not deterring Iran from seeking to develop capacity for nuclear weapons.

Macron also urged an international mission under UN auspices to investigate the situation for Uighur Muslims in China's Xinjiang region.