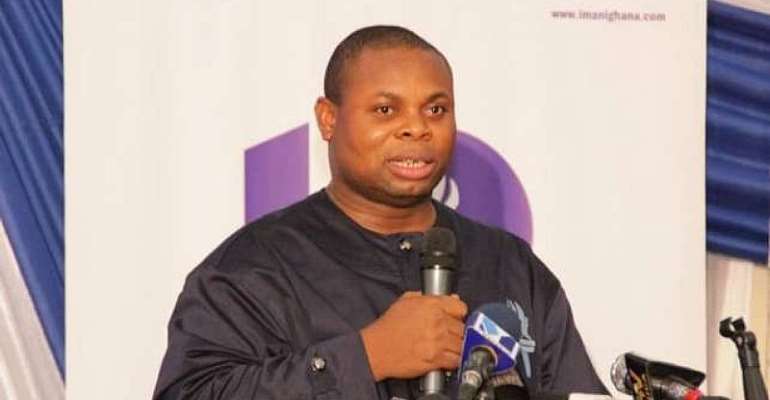 Founding President of Policy Think Tank, IMANI Africa, Franklyn Cudjoe has described as broad daylight robbery and insult to the sensibility of Ghanaians, the spirited effort by the Finance Ministry and government officials over the controversial Agyapa Royalties agreement.

The Chief Executive Officer of IMANI Centre for Policy and Education who was speaking on Inside Politics said he got angry after analyzing documents covering the agreement to use Agyapa Royalties Limited as a Special Purpose Vehicle (SPV) to secure about $1 billion to finance large infrastructural projects yet to be named, with three months for the four-year term of the President to end.

“But for the red alert by the Minority in Parliament at the initial stages when aspects of the bill got to Parliament, we (Civil society Organizations, CSOs) would never have heard about it. We started asking questions about why this bill was rushed, why there was no stakeholder consultations compared to discussions prior to the inflow of oil revenue, and even as we speak, government cannot account for GHC1.5billion in revenue to that sector under this current regime,” Mr Cudjoe lamented.

He argued that the trend of events exposes a grand agenda where we now have a Minerals Income Investment Fund, MIIF, which was tabled before Parliament and quickly passed within 48hrs on the blindside of major key stakeholders.

“You see this whole thing we learnt was shepherded around November 2019. Ask why the Attorney General flagged several issues during the negotiation processes as the back and forth went on till government got what it wants?”

“It is clear the Attorney General, Gloria Akufo was not comfortable from the onset.”

He explained that from their estimation, it is because the Attorney General’s Department was not happy and maybe because this is an election year, with three months to go, there was a decision to rush this process through.

“That is the only reason why they pushed this through. No serious government does that. And I am appalled and shocked that the President, Nana Akufo Addo will allow something like this to happen under his watch. I am very very appalled because you see, we all invested in this administration thinking we want to break away from the old ways of handling mineral resources, only to end up at this stage. and it is really worrying.”

It’s now public knowledge that, Kofi Bosompem Osafo-Maafo, one of the sons of Senior Minister, Yaw Osfo Marfo is one of the brains behind the deal.

In his attempt to justify the deal last Friday, Finance Minister, Ken Ofori Atta told a news conference “We must be creative in our quest to raise revenue [for] our development by giving direct access to our resources in a manner that is open and transparent and operates within laws that exist outside our country. It is time to re-imagine our future. We all must be tired of being cheated by foreign companies and we are restraining ourselves with this same vehicle they use. We have to maximize the value of income that is due to the republic… That is the prime objective of the MIIF”.

But CEO and Founding member of IMANI Centre for Policy and Education, Franklyn Cudjoe in his reaction describe the revelations unfolding as very worrying.

He argued: ”If you assign 75% of the country’s gold asserts by undervaluing it by about 30% in exchange for about $500m, at most $1billion and then exchange all these asserts whose value is close to $3.75 billion, why would you want to do that? Why would anyone want to use a short term measure to raise money and encourage this long convoluted path to raise an IPO to make someone enjoy a whopping 49% of Ghana’s asserts in perpetuity by this so called SPV (Agyapa Royalties) or shareholders?. I mean the deal doesn’t make sense at all”.

Mr Cudjoe said if Ghana is in desperate need of $500m, why would it want to pay $50m to consultants to raise that money because it is going to pay 10% interest as fees when Ghana has done better in raising same amount or more as bonds at a much m0re lesser interest rate, about 6% on the average at the last road show.

“I think Ghanaians should kick against the deal. In fact, there must be a massive demonstration against this deal,” Cudjoe fumed as he explained that there was nothing complex about the deal.

“It is simply wickedness, demonic, greed and diabolic and nothing else.. It you look at the legal arrangement, you would find out it does not make sense. So the agreement make $75% to Agyapa and Bank of Ghana will only serve as a conduit and the final arrangement only makes the Ghana Revenue Authority as an errand entity to collect the money for the SPV.”

In conclusion, Mr Franklyn Cudjoe called on all Ghanaians to show their disappointment by demonstrating against the Nana Akufo Addo led government.

“I don’t think it’s fair. I am worried. They should reject this deal. In fact there must be a massive demonstration against it and that’s what people should do.”