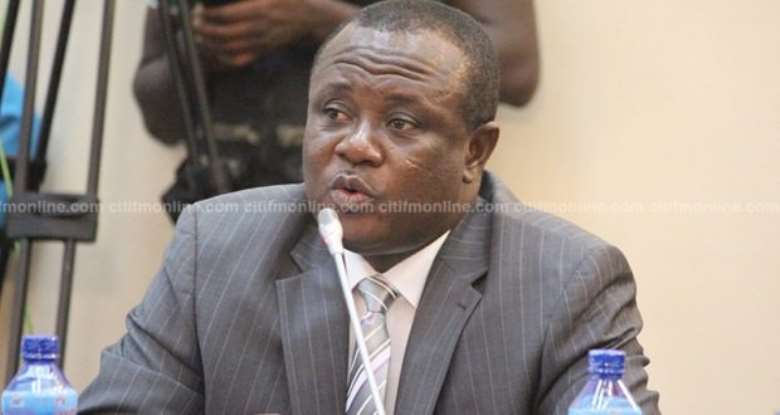 First Deputy Speaker of Parliament, Joseph Osei-Owusu has insisted that Parliament conducted due diligence on the controversial Agyapa Royalties deal when it was presented before the House.

According to him, the corruption risk assessment done by the Special Prosecutor, Martin Amidu does not provide any evidence that any law was breached and, as a result, it does not bring the work of Parliament on the deal into question.

Speaking in an exclusive interview with Citi News, the Bekwai MP added that the seventh parliament has done unprecedented work within its four-year period, as over 100 laws have been passed.

“I am waiting to see those criticizing the deal. Which [laws] did we breach? What did we overlook? They point to the Special Prosecutor’s report but what the Special Prosecutor did was a risk assessment; a potential that what we did could lead to corruption. He has no evidence that anything was corrupted and not as if anything was breached. What he is saying is that, if I look at the entire thing, there is risk or potential but that is what we call opinion,” he noted.

An analysis of the transaction by Special Prosecutor, Martin Amidu in a 64-paged report raised red flags over the deal and took a swipe at the Minister of Finance and other officials who contributed to processes that led to the approval by Parliament.

He insisted that several processes were flouted prior to the parliamentary approval.

But the Finance Minister, Ken Ofori-Atta and other government officials have rejected the claims by the Special Prosecutor.

Following the risk assessment report, the Alliance of Civil Society Organization (CSOs) working on Extractives, Anti-Corruption and Good Governance has challenged the Special Prosecutor, Martin Amidu to further investigate the Agyapa Royalties transaction and prosecute persons found to have engaged in wrongdoing.

The Alliance, made up of 25 CSOs, also insists the defects of the deal cannot be cured by another parliamentary scrutiny hence the call for probe and prosecution.

Ghana's largest opposition party, the National Democratic Congress (NDC), threw a similar challenge to the Special Prosecutor to act in accordance with his prosecutorial mandate over the matter.

The Spokesperson for the Alliance, Dr. Steve Manteaw said the deal must be abrogated in its entirety.

“The specific course of action directed by the President is inadequate and not sustainable. Steps must be taken to investigate and prosecute anyone [behind the deal]. In this regard, we challenge the OSP [Office of the Special Prosecutor] to take the next radical step to investigate any of evidence of corrupt acts in accordance with his prosecutorial mandate. We want to encourage the Special Prosecutor to go to the next level in properly investigating the matter and inviting all those officials who may have been implicated in any wrongdoing and maybe take them through the court processes”, he said.

The Civil Society groups in Mines and Energy sector have insisted that the Special Purpose Vehicle is not transparent and must be suspended.