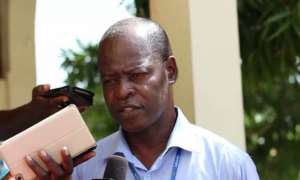 The Alliance of Civil Society Organization (CSOs) working on Extractives, Anti-Corruption and Good Governance has challenged the Special Prosecutor, Martin Amidu to further investigate the Agyapa deal transaction and prosecute persons found to have engaged in wrongdoing.

The Alliance made up of 25 CSOs also insist the defects of the deal cannot be cured by another parliamentary scrutiny hence the call for probe and prosecution.

Ghana’s largest opposition party, the National Democratic Congress (NDC), threw a similar challenge to the Special Prosecutor to act in accordance with his prosecutorial mandate over the matter.

At a press conference today, Wednesday, November 11, 2020, spokesperson for the Alliance, Dr. Steve Manteaw said the deal must be abrogated in its entirety.

“The specific course of action directed by the President is inadequate and not sustainable. Steps must be taken to investigate and prosecute anyone [behind the deal]. In this regard, we challenge the OSP [Office of the Special Prosecutor] to take the next radical step to investigate any of evidence of corrupt acts in accordance with his prosecutorial mandate. We want to encourage the Special Prosecutor to go to the next level in properly investigating the matter and inviting all those officials who may have been implicated in any wrongdoing and maybe take them through the court processes”, he said.

Meanwhile, the alliance says it has not gathered enough grounds upon which to demand the removal of Finance Minister, Ken Ofori-Atta, and his Deputy, Charles Adu Boahen.

It says, the two public officials may proceed to resign from office based on moral grounds.

“It is only when a court of competent jurisdiction has found them guilty that we can on that ruling begin to call that action which may include in the event of the Finance Minister’s against him ask for his removal. At this stage, we do not have any enough grounds for his removal. He may on moral grounds however if he feels indicted by the corruption risk assessment report voluntarily recuse himself or step aside. The abrogation of the Agyapa transaction should lay the foundation for a more open and consultative process to get the best value for our mineral resources.”