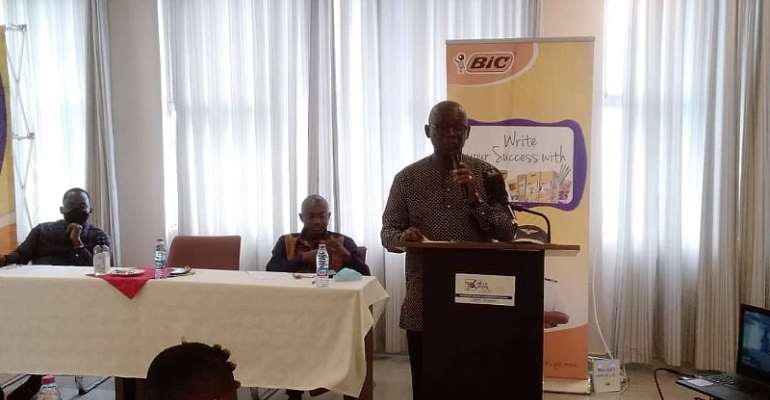 Professor Kwasi Opoku Amankwa, the Director-General of the Ghana Education Service (GES) has assured Ghanaians that schools will be reopened at the appropriate time.

He said government will not rush to announce the resumption of school due to the coronavirus pandemic.

According to the GES Director-General, “For school reopening the President has charged the Minister of Education to work with Ghana Education Service (GES) and the Ministry subsequently constituted a committee to look at that and we've been asked to come out with a programme by September 21 and then subsequently it will go up to the president for decision to be taken”.

Professor Opoku-Amankwa, made these assertions during the GES Secondary Education Improvement Project [SEIP] workshop organized for some selected jounalists across the country which was held at Larteh in the Akuapem North Municipality of the Eastern Region.

He continued “The schools are reopening when the committee has made some proposals and the proposals have been accepted. So there is no date for us now but we know that obviously, schools will reopen some time”.

Touching on the President's decision to offer free hot meals to students, he said that to run the programme effectively, a committee has been formed and being chaired by the Chief of Staff where they have subsequently drawn the menu to ensure the effective running of the programme as it commences on Monday.

He added that the President charge is not only for public schools but insists private ones will be involved as well and has disclosed there will be a committee that will go round to monitor.

Prof Opoku- Amankwa explaining the motive behind the introduction of the Secondary Education Improvement Project [SEIP], said, they realized that over the period some secondary schools were not doing well but when it comes to GES around the time of school placement there are just close to about 50 to 60 schools that virtually everyone wants his or her ward to attend which mounted a lot of pressure on such school.

He said, to release tension in the top-performing schools they decided to improve other schools so it can be attractive.