Easing The Lockdown In Cold(er) Climes 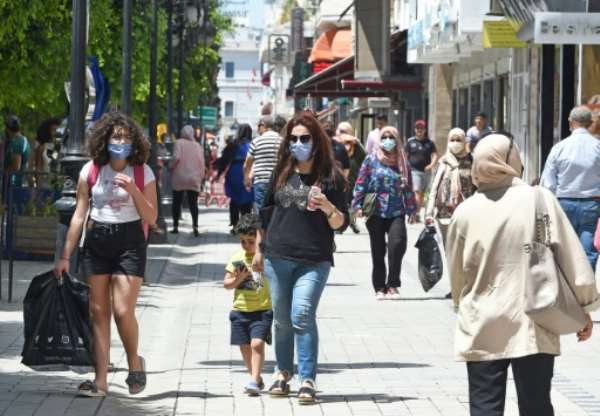 I could tell by listening to the BBC today that the ravages of “corocoro” and the lockdown are on a downward spiral. Until now, the airwaves have been filled with news and bulletins about the virus that has disrupted life across the whole world for the first half of this year, 2020, but has curiously been named COVID-19.

But suddenly the news has all reverted to the usual fare of reporting violent attacks on the police by youth in Brixton and Notting Hill, who presumably were celebrating the end of the lockdown in London, and the longest and hottest day of the year.

The police were supposedly trying to enforce the rules on social distancing in these parts, much in the same way as they arrested a disproportionate number of black people for breaking the rules around COVID-19.

The elderly folk who have stayed at home for the past three months, “shielding” from the virus because they have underlying health conditions, are eagerly looking forward to what will be the “new normal” after the lockdown has been lifted. But they are also giving thanks to the Lord for having been kept safe from the many deaths that have occurred.

The incidence of the virus has shown some stark differences between the different systems of government we have the world over. The so-called authoritarian governments of the East were able to lock down their countries quickly and provided a better response to meet the health needs of their people.

The capitalist economies of the West have suffered more. They dithered about the lockdown, fearing that it would be disastrous to commerce and industry. In the end their unpreparedness was exposed and they could not prevent the catastrophe which has hit most businesses. The payroll has had to be nationalised and governments may have to take responsibility again for certain strategic industries such as rail services.

Some of the antics of their leaders were shown across the world as how not to handle a pandemic. Donald Trump recommended an enema of disinfectant and a reliance on hydroxychloroquine. As for Boris Johnson, he caught the virus that he hoped would just run through the population. He has not been the same since, struggling ever harder to keep a straight face as he lies through his teeth, after being kept awake all night by Baby Wilfred – a sort of corona dividend. We pray for full recovery in the West.

In Africa, we must truly thank God for sparing us the worst of the virus. I know we prayed hard, because I saw the president of Ghana lead some of the priests at the national level in prayer.

There has not been much that we can learn from the science, and the science was always going to be tainted with political decision-making, so we must continue to pray and wash our hands. No serious preacher prophesied about the virus, none has made a prediction about how long it will last, and those who have touted cures have been laughed at by their congregations, who cannot take them seriously.

While many of the pastors in Ghana are calling for the churches to reopen, the established churches in London are carrying on, holding their services on Zoom, making it easier for the old and the infirm to listen to the word of God, when they most need it, at the time of affliction from the homes. Even our dead are being mourned on Facebook and YouTube. Today I took part in the first of three family meetings on Zoom for a relative who has passed on.

Neither the West nor the East has shown real leadership in this corocoro business. We must learn that we cannot look to them for solutions to our problems. We need to take charge and lead the way to find African solutions for uniquely African problems.

There will be no vaccine for a year or so. Maybe we must just look to alternative herbal medicine, because at the root of most medicine – in the Ga language, at least – is the root of the tree.

If we are to leapfrog in our development, now is the time for us to implement our new normal and now is the time to restore the people’s faith in politics and good governance. The courts cannot settle our political problems for us. Elections are won at the ballot box and not at the Supreme Court. So this pretence that we must subject each and every part of our constitution to the courts is plain boring. It will end up involving the judiciary in politics, and that defeats the purpose of the separation of powers.

Six months to an election, we are only now in the process of creating a new register for the elections. I look back to the years and my brief stint working for the Centre for Civic Education in the 1969 elections, and can attest that we were prepared then.

I also look back to my years in the early to mid-1970s when, as a sharp systems engineer, I was responsible for keeping the electoral roll constantly updated, even in the middle of a military regime, when there was no prospect of an election, and I wonder why we have left these matters so late.

I am told that the CPP is yet to go to congress to select a flagbearer to contest the elections. There was a case in court in the last months and I am not sure that frantic attempts to take the case home for resolution has happened. I wish the CPP well in all this, though after 71 years since it was set up by active young men who rescued the country from the shackles of imperial rule, it is taking things too easily.

So, what happens if we cannot have an election this year? At the start of this corocoro business, the mayoral elections that should have been held in May this year in London were postponed to next year. Everyone applauded, and yet last year the Government of Ghana abandoned the most important referendum of our time – on party politics at ward level – supposedly on the advice of our chiefs. And this is a republic!

Who runs Ghana if we cannot have an election in December? Would it be the Speaker, whose most notable role in this period has been to propose a holiday on 4 June – or was it 4 August?

I lied that you contracted covid-19, you didn’t also chop co...
54 minutes ago