The Anti-Gay Bill: Beyond Our Parliament Of Wise Owls 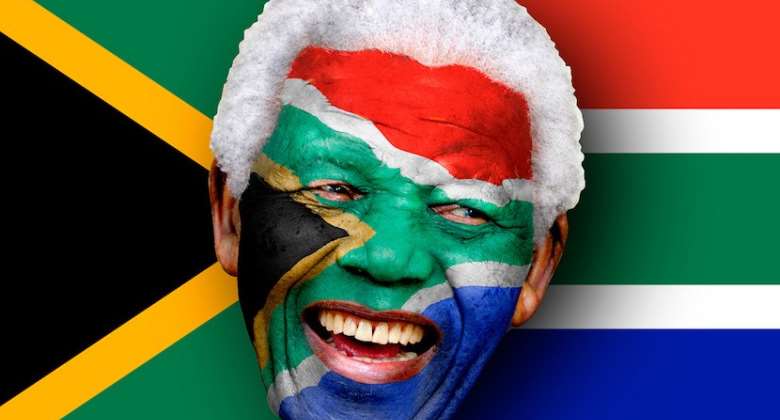 The constitution of the democratic South Africa protects gay rights and legalises same-sex marriage, the only African country to do so.

From where in our country and our value systems does this bigotry against lesbian, gay, bisexual, transgender, questioning and intersex Ghanaians emanate?

I have just been thinking about an article on tolerance I recently wrote. And then I also began to ponder that, before the dust settles on the anti-gay bill (if it ever will), the voice of “sensible” if contrary people must be heard in the homosexuality debate.

I write because I pride myself as an advocate of equality, diversity and inclusion. I have spent my career of over 40 years in Britain fighting discrimination and for the rights of people of African heritage to be allowed to participate in and contribute to the economic, social and political life of Britain.

So it galls me that, in a progressive country such as Ghana, we should be going through the trouble of advocating the passage of a repressive and regressive law (the Promotion of Proper Human Sexual Rights and Ghanaian Family Values Bill) that will penalise minorities in our communities and deprive them of basic rights.

The risk in numbers

As someone has recently argued, the anti-gay bill is about what the majority wants. Ninety-six per cent of Ghanaians, we are told, are in support of this bill, and this is supposed to have been researched by a reputable and independent research organisation. That may be a fact, but for the majority to attempt to use statistics to trample on the rights of the minority is what astounds me.

I do not know what the margin of error is or what level of confidence we have in the research, but wonder why I have not heard of any equality impact assessment on how the minority will be affected by this anti-gay bill.

The argument that most people put forward is a red herring. If you were to poll people in Ghana about whether they should pay taxes, I am more than certain that 99% would be against the idea. But I am not sure whether any parliamentarian would try to use that argument as the basis for a private member’s bill.

Indeed, judging from the popular riots in the early part of the 20th century against direct taxes, I am sure that most people you ask would say that although paying taxes is against our communal culture, we were forced by our colonial masters to pay tariffs. There is no clearer proof of this than the scenes of aggression in Parliament in the fight against the E-Levy.

I am against the anti-gay bill. It is repugnant for MPs in a country that prides itself on being a deepening democracy to accept this bigotry of the highest order. It may just be fuelled by hypocritical fervor of a sort that has been the hallmark of our country – a large bark, followed by a whimper of a prayer to God our Saviour and Redeemer and Ultimate Judge.

I am against the anti-LGBTQI Bill because it is not Ghanaian at all; the science is suspect; the morals underpinning the new law are suspicious; and the argument about Ghanaian culture is spurious. This is a Ghana created out of diversity which continues to strive towards convergence, recognising that although we have diverse cultures, together we can forge with pride a Ghanaian culture of excellence.

But first: the religious argument masquerading as an edict from God. Let he who is without sin cast the first stone! No priest, pastor, overseer or moderator has ever created a human being. No one is immortal. And the rationality that God accords them is meant to spread the word of God, not produce uneducated interpretations of the word.

God created human beings in His own image, but the diversity is astounding. We are not cloned, so we have different motivations and lead different lifestyles, because we will make different choices. Period. That is life and that is the world.

The science? Medicine continues to make advances for the prevention, treatment, cure and care of the physically infirm. There is still a great deal of research going on into what causes mental illness, how to prevent it and how to treat it. I am not sure how advanced our science is in Ghana and to what extent credible research has been conducted on the challenges of alternative sexual orientation and changing gender. So, let us not cut and paste statistics from dissimilar sources and try to apply these to our country.

The question I ask is: in what way is this proposed anti-gay law Ghanaian at all? It certainly is being steered by a very articulate parliamentarian who thinks that all the bases have been covered. What is unfortunate, however, is that it has driven us all into a herd mentality, like limpets being led down a path where we must all unite.

I wish I could hear saner voices in this country, at all levels, and that people would come out to challenge this bill, which will serve merely to divide the country and ride roughshod over the views of the minority.

Why is sexual behaviour suddenly a cultural thing? Who in this world can determine what proper sexual relations should be and go to the extent of deciding that people of a different sexual persuasion should be audited and reprogrammed, in this day and age? The accusation that gay rights are being forced on us in Africa by the West is a patent lie. Not so long ago Britain, too, had a law on its statute books against same-sex sexual intercourse. But there was one brave MP – David Steel, from the minority Liberal Party – who, not being able to identify much or any research into the subject, and there not being any strong arguments about the culture of God, realised how unfair the law was to a minority of people in his country.

He brought a private member’s bill and the law was changed.

I state this to underline the perversity of a private member’s bill to criminalise the existing minority further. When in the 1980s Margaret Thatcher brought in “Clause 28” against the “promotion of homosexuality”, she had supporters, of course. But there was also such a huge backlash against it that it was eventually repealed.

Human rights are important as we go forward in forging a just society. Whether these rights relate to religion, gender, tribe, age or sexual orientation, they are rights that should not be trampled on.

Where is the voice of reason and tolerance in the government? Where are the saner voices? Do they not realise that we are being tarnished as a country that is not serious about giving freedom to its peoples? And must sex or sexual orientation also be politicised in our country?