Black People In The Diaspora Must Be Wary Of Becoming The Targets Of Some Of The Worst Kinds Of Misinformation, Which Only Divide Us 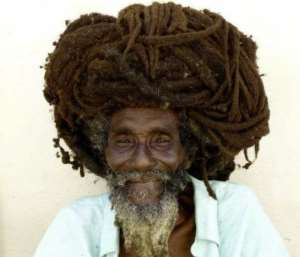 Just when we thought that a final easing of the lockdown would take place in June, Prime Minister Boris Johnson, looking for the first time like a genuine statesman, postponed the date when Britain would declare itself rid of COVID-19. We would have to wait another month, he said.

This was followed by another threatened return to restrictions. It seemed a fluke when we were able to get to the lifting of some of the safety measures on 19 July.

There is a promise now to remove most of the remaining restrictions on 9 August, and yet a complete return to the old way of living could be a long way away. With the new Delta and Lambda strains and many still struggling with “long COVID”, we may have to continue to live with and adapt to COVID for a very long time to come.

The pandemic has affected our social lives in a way that we cannot fathom. And though we all crave normality, for those of us who have sat at home for more than a year and a quarter, life may never return to normal.

For one thing, some of us were unable to mourn a close and loved one who passed away. My “cousin mother”, my uncle and my brother all passed on during the British lockdown. I am still waiting in England for my good friend Ami Dede to return for her birthday celebration. And quite recently another friend, Foussenna, also passed.

These shocks without proper mourning leave us unable to “celebrate” the lives of people in the way we did before COVID-19 visited us.

COVID brought in its wake a great many conspiracy theories about the origins of the virus and even a far-fetched link to the 5G spectrum.

Fortunately, the speculation then turned largely to problems with the vaccine and “all these blood clots” and incessant chatter about Bill Gates, even by people who did not know of him before he set up his foundation.

The scary thing, however, is that though the incidence of COVID among the black/Asian/minority ethnic (BAME) population in England has been disproportionate, we have been the target of misinformation.

Some will not take the vaccine, fearing that the mark of the beast “999” will appear on their forehead and reveal their disobedience to their pastors who have advised against having the jab.

This year June 4 came without a boom, not even a whimper. J J Rawlings, rest in perfect peace. You came and did your bit. The president began to form his new government by reducing the number of ministers, presumably because there is less work to be done, or because the new ones are of a higher calibre, though there were few changes. And I hear that an ex-president has been dishonouring the name of Osagyefo Dr Kwame Nkrumah again by stating that all the problems in Ghana can be traced to him.

But the stuff that led to debates around the chattering classes even making it all the way to the human rights courts was about religion and haircuts.

We grew up with a lot of Nazarene children with mpesempese hair and I think that I saw my first Rastafarian circa 1964. Where? In Achimota School – I think he had come from Bermuda to visit one of our geography teachers from Pontypridd in Wales. His hair was sunburnt ginger and the tresses flowed down his neck, a fine example in the style of National Geographic of how others lived around the world.

So, I viewed the debate around Achimota School’s refusal to admit two Rasta boys with mixed feelings.

My initial thoughts went to the assistant headmaster during my time, Peter Renner, giving me six of the best for a haircut gone wrong. He had advised me that my hair was untidy and I needed a haircut. My usual barber started, and I thought it was going well, but then it all turned into a relay and the skull started showing – much against school rules. I am told there is a backstory to that, which I will relay at another time. But the Rasta thing was interesting for me from a different point of view. I mean the religion bit.

Banging on the doors of Babylon

In Manchester, “I and I” used to attend the celebrations of the Twelve Tribes of Israel and I was told that I come from the tribe of Gad and that my consort at the time was from the tribe of Dan (GaDangme, geddit?). I had to attend several reasoning sessions and I tried all the Leevity stuff.

So, to hear that a true believer was going to court to fight his way into Babylon shocked me to the core. The Rastas I know in England are into homeschooling for their children and do not want to be contaminated with any foreign thoughts, much less from a Babylon institution.

Then I heard that a mission school would not allow some of the students to do azimi. No maasa or Hausa koko to break the fast in the early morning? It takes my mind back to when I wanted to go to makaranta to escape housework on Saturdays and my mum would not let me, lest I fall in love with a Mohammedan lady. I did go on the Hajj once; the payback was that I had to change my passport when I wanted to go to Israel for the Christian pilgrimage.

Religion must not be the source of divisions between us in Ghana. But I can understand. In the course of my regular Sunday proselytising, sending out Ga-language religious texts to most friends and family and loved ones, the response I got from my first girlfriend was “Asalaam alaikum” and I did not know that she had started praying. Why can’t we all get along?

As they say in Lagos Town, “Duni ayaa mutu she angoro yaha dotsi,” – this world is turning in a strange way.